C/1932 M1 Newman
more info
Comet C/1932 M1 was discovered on 20 June 1932 by K.A. Newman (Lowell Observatory, Arizona, USA) and he found next the prediscovery images on plates exposed on 1 June at the same Observatory.At the moment of discovery, the comet was about three months before perihelion passage, and was last seen on 20 January 1933 [Kronk, Cometography: Volume 3].
This comet made its closest approach to the Earth on 10 June 1932 (1.214 au), that is ten days before its discovery.
Solution given here is based on data spanning over 0.584 yr in a range of heliocentric distances from 2.06 au through perihelion (1.65 au) to 2.25 au.
This Oort spike comet suffers small planetary perturbations during its passage through the planetary system; however, they led to escape the comet from the planetary zone on a hyperbolic orbit (see future barycentric orbit).
More details in Królikowska et al. 2014. 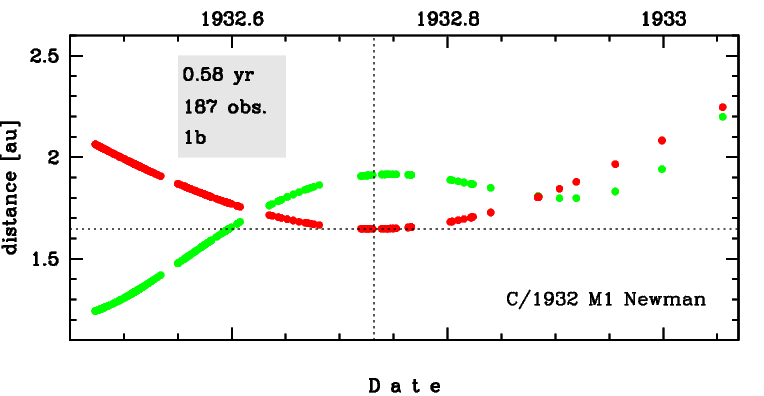 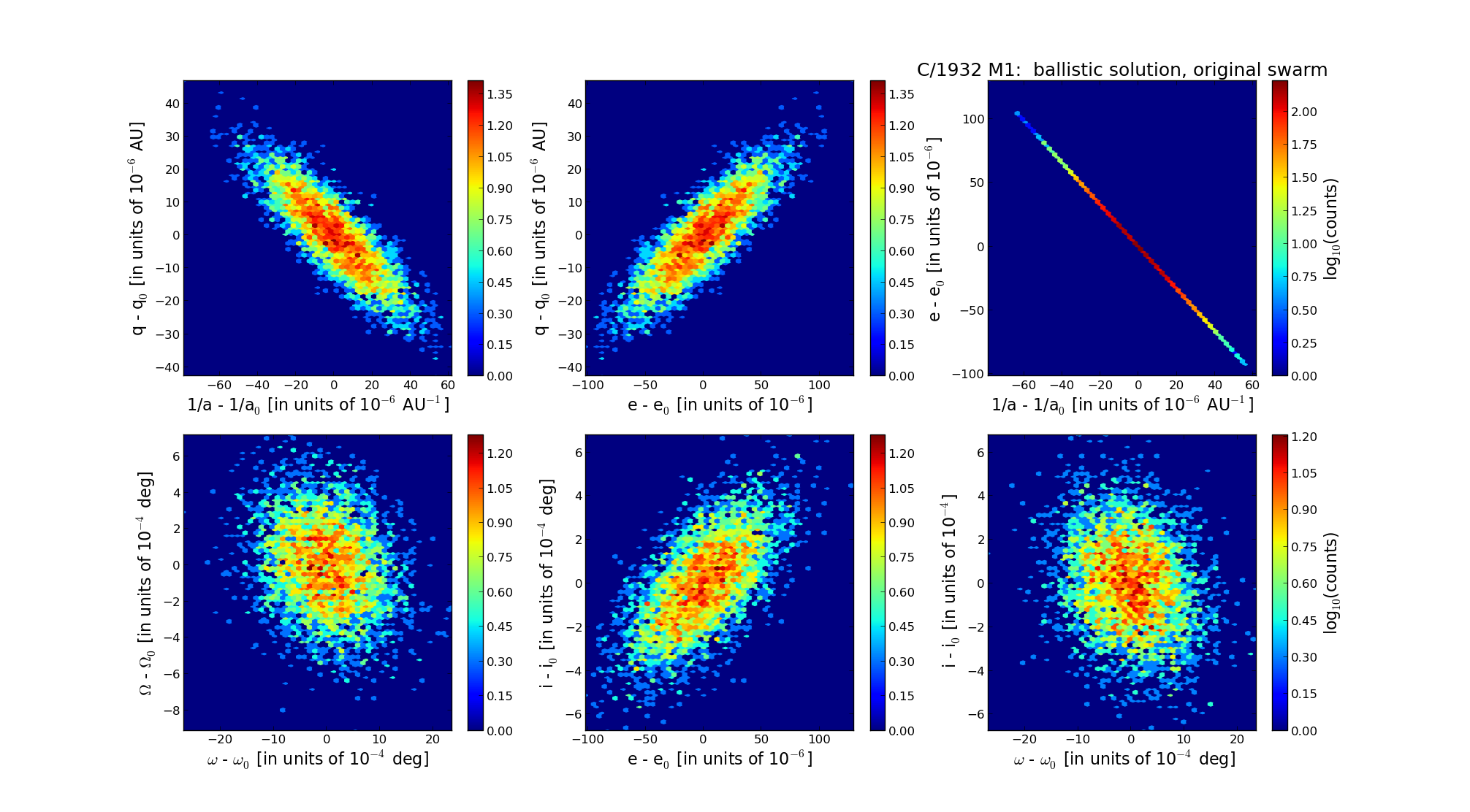