C/2012 T5 Bressi
more info
Comet C/2012 T5 was discovered on 14 October 2012 by Terry H. Bressi (Spacewatch), that is more than 4 months before its perihelion passage. It was observed until 21 March 2013 (see picture).
C/2012 T5 had its closest approach to the Earth on 25 February 2013 (0.913 au), a day after its perihelion passage.
Comet was lost a month after perihelion passage and Sekanina (2019) concluded that this Oort Cloud comet did not survive the observed perihelion passage.
Original value of 1/a is significantly negative for solutions based on entire data set. The preferred solution (based on pre-perihelion data taken at larger heliocentric distances than 1.33au) gives also negative value of original 1/a; however, within its uncertainty of about 1.5 sigma this comet can came from the Oort Cloud.
See also Królikowska 2020. 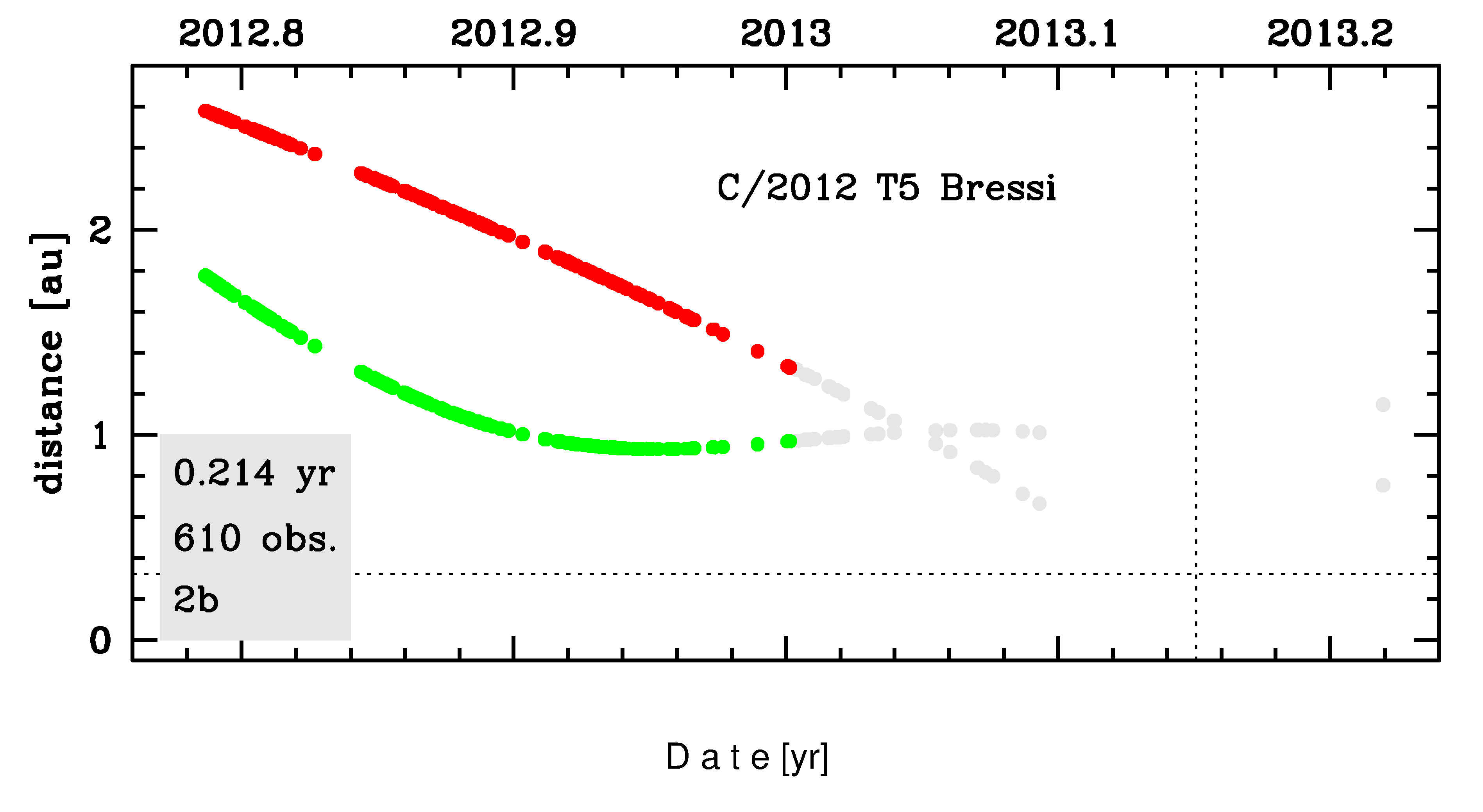