C/2010 H1 Garradd
more info
Comet C/2010 H1 was discovered on 16 April 2010 by Gordon J. Garradd (Siding Spring Survey); that is about 2 months before its perihelion passage. A few pre-discovery images of this comet taken on 19 February 2010 during Siding Spring Survey were found. The comet was observed until 2 July 2010.
Comet had its closest approach to the Earth on 9 April 2010 (1.924 au), about a week before its discovery.
Solution given here is based on data spanning over 0.375 yr in a narrow range of heliocentric distances: 3.01 au – 2.746 au (perihelion) – 2.75 au.
This Oort spike comet suffers moderate planetary perturbations during its passage through the planetary system, these perturbations lead to a more tight future orbit of about 1,800 au.
See also Królikowska and Dybczyński 2013 and Królikowska 2020. 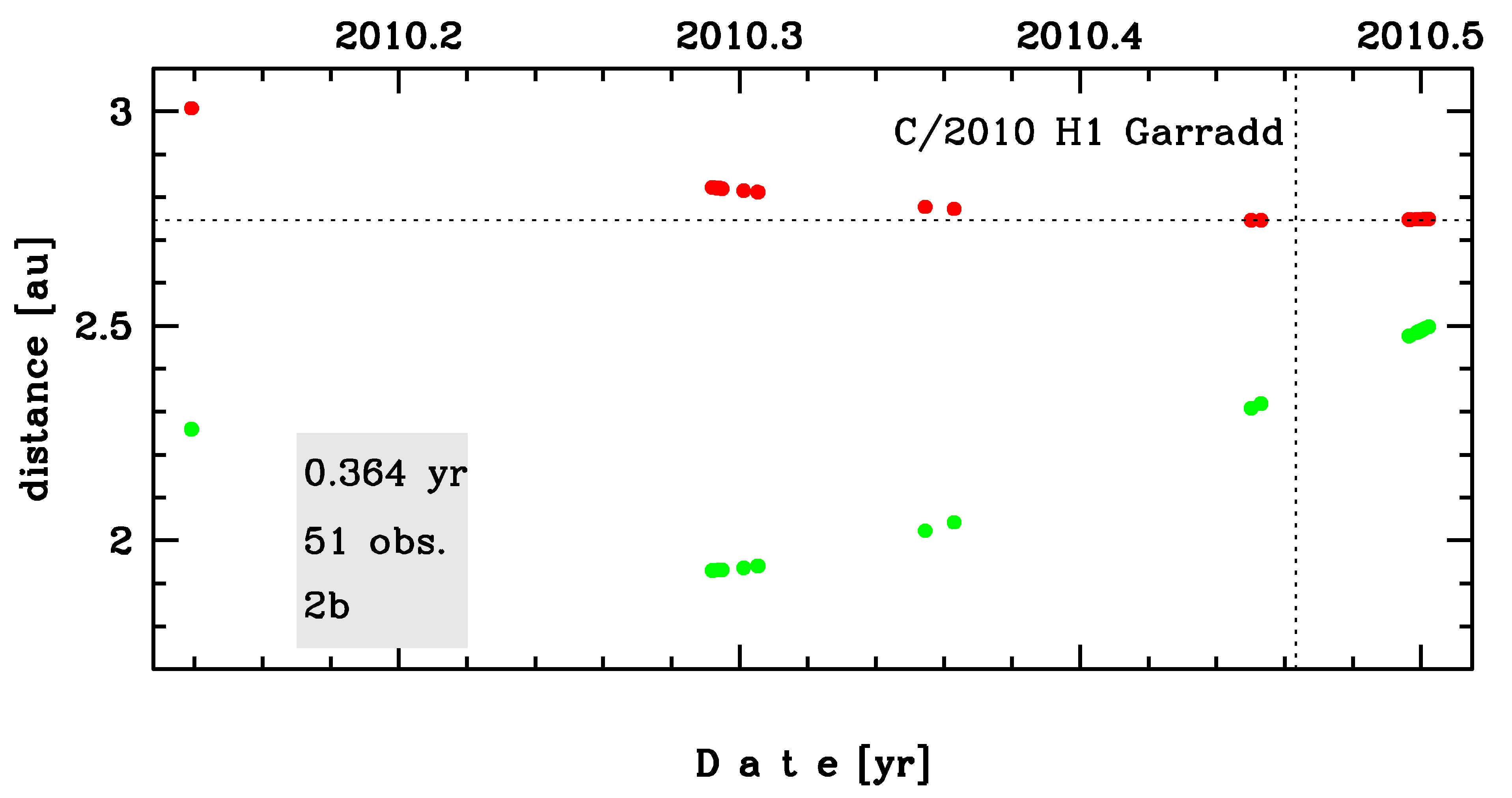