C/2008 J6 Hill
more info
Comet C/2008 J6 was discovered on 14 May 2008 by R. E. Hill (Catalina Sky Survey); that is more than a month after its perihelion passage. A few pre-discovery images taken about 9 months before comet discovery (on 24 August 2007) during Siding Spring Survey were next found. The comet was observed until 7 December 2008.
Comet had its closest approach to the Earth on 13 March 2008 (1.301 au), about a month before its perihelion passage.
Solutions given here are based on data spanning over 1.29 yr in a range of heliocentric distances: 3.32 au – 2.000 au (perihelion) – 3.41 au.
This Oort spike comet suffers moderate planetary perturbations during its passage through the planetary system; these perturbations lead to escape the comet from the planetary system on hyperbolic orbit (see future barycentric orbits).
See also Królikowska and Dybczyński 2013 and Królikowska 2020. 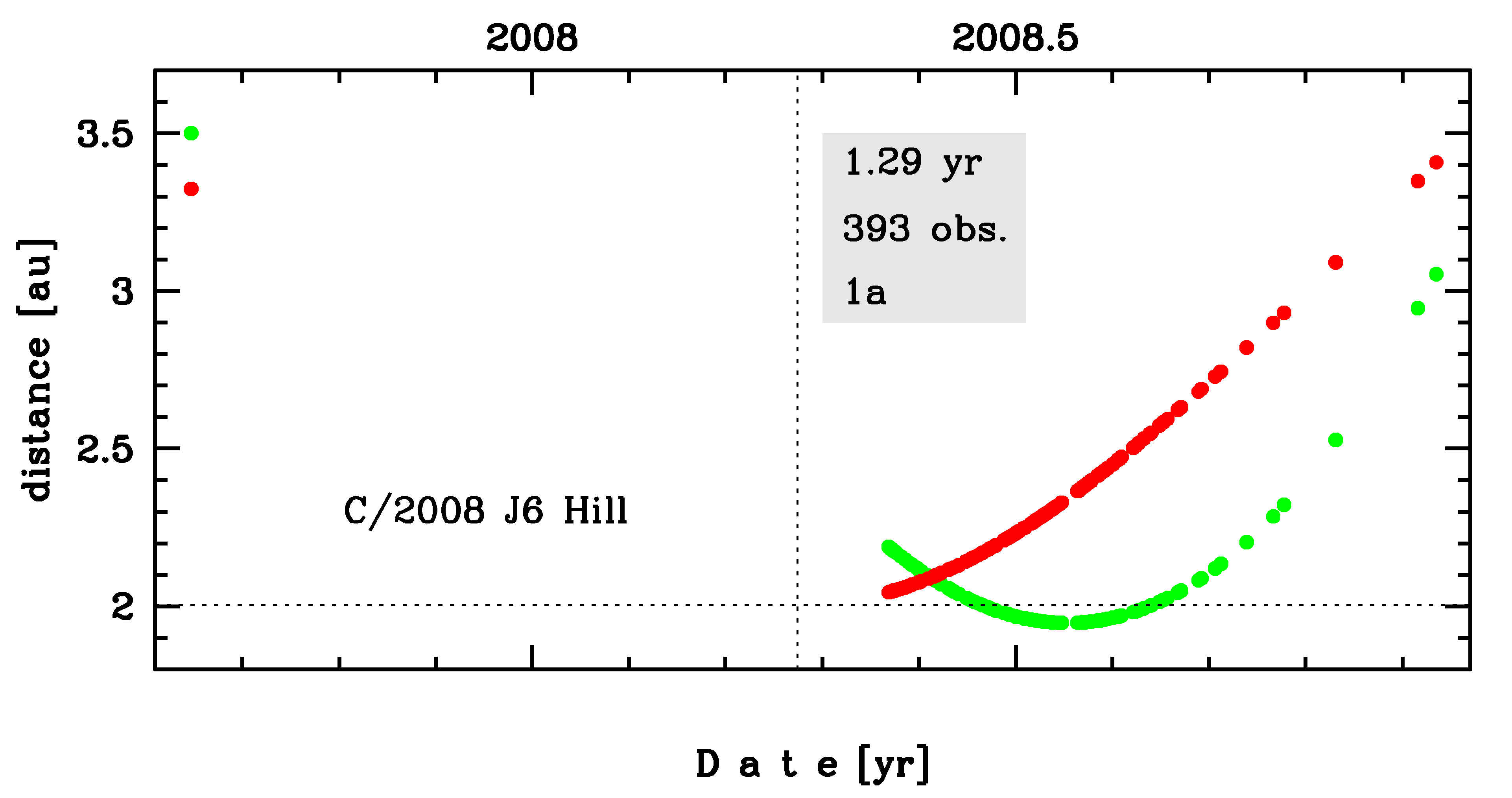 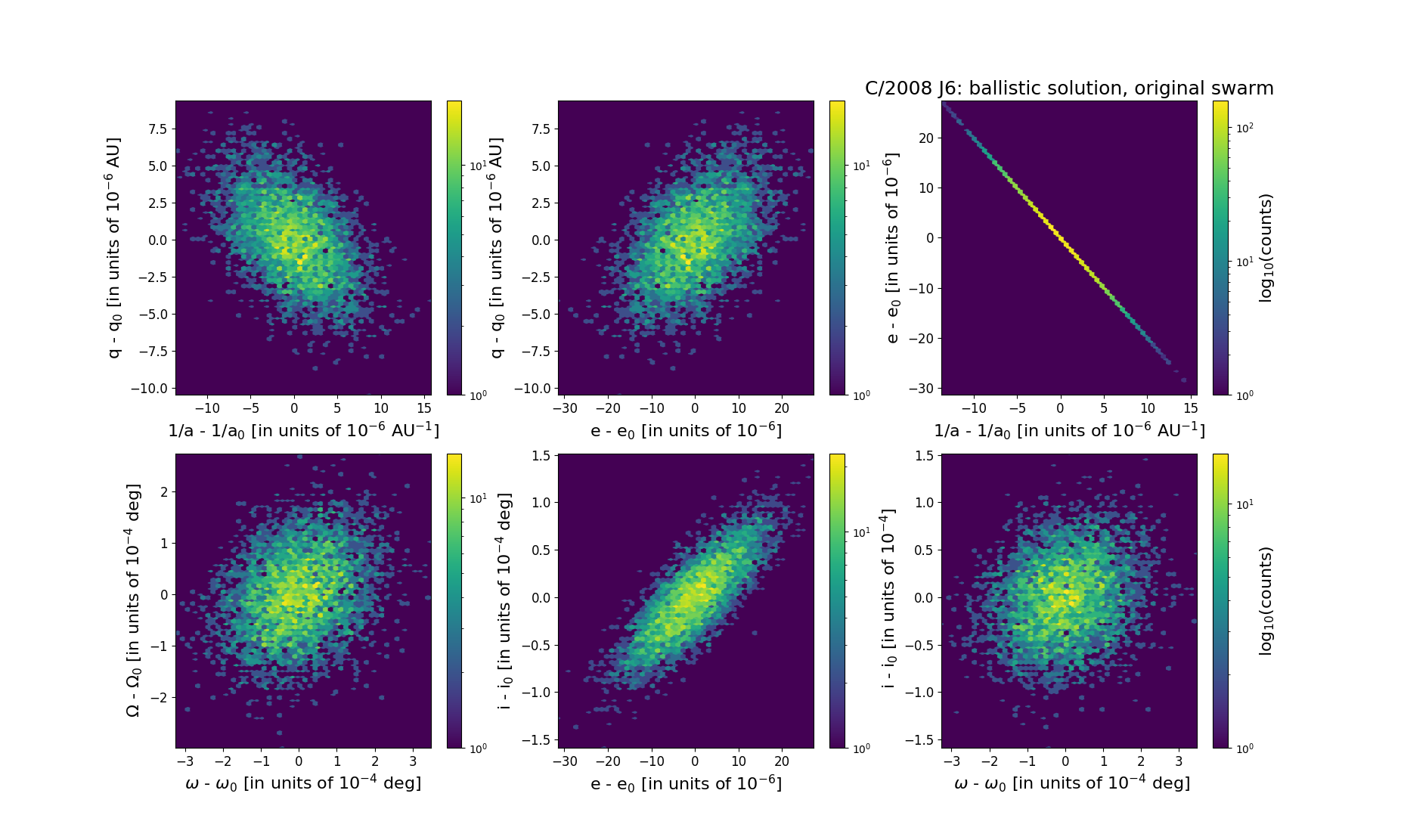