C/2007 O1 LINEAR
more info
Comet C/2007 O1 was discovered on 17 July 2007 with Lincoln Laboratory Near-Earth Asteroid Research project; that is about 1.5 month after its perihelion passage. However, in the data sequence, we have more than one-year gap in positional measurements. This is due to the fact that the object was initially discovered as an asteroid, and more than a year later it was rediscovered as a comet. It was observed until 13 November 2007 (see picture).
Comet had its closest approach to the Earth on 5 July 2007 (1.886 au), less than 2 weeks before its discovery and a month after perihelion passage.
Solution given here is based on data spanning over 1.62 yr in a range of heliocentric distances: 4.99 au – 2.877 au (perihelion) – 2.91 au.
This Oort spike comet suffers moderate planetary perturbations during its passage through the planetary system and these perturbations lead to escape the comet from the solar system on hyperbolic orbit (see future barycentric orbit). Non-gravitational accelerations are completely not detectable in its motion during the period covered by positional observations.
See also Królikowska and Dybczyński 2013 and Królikowska 2020. 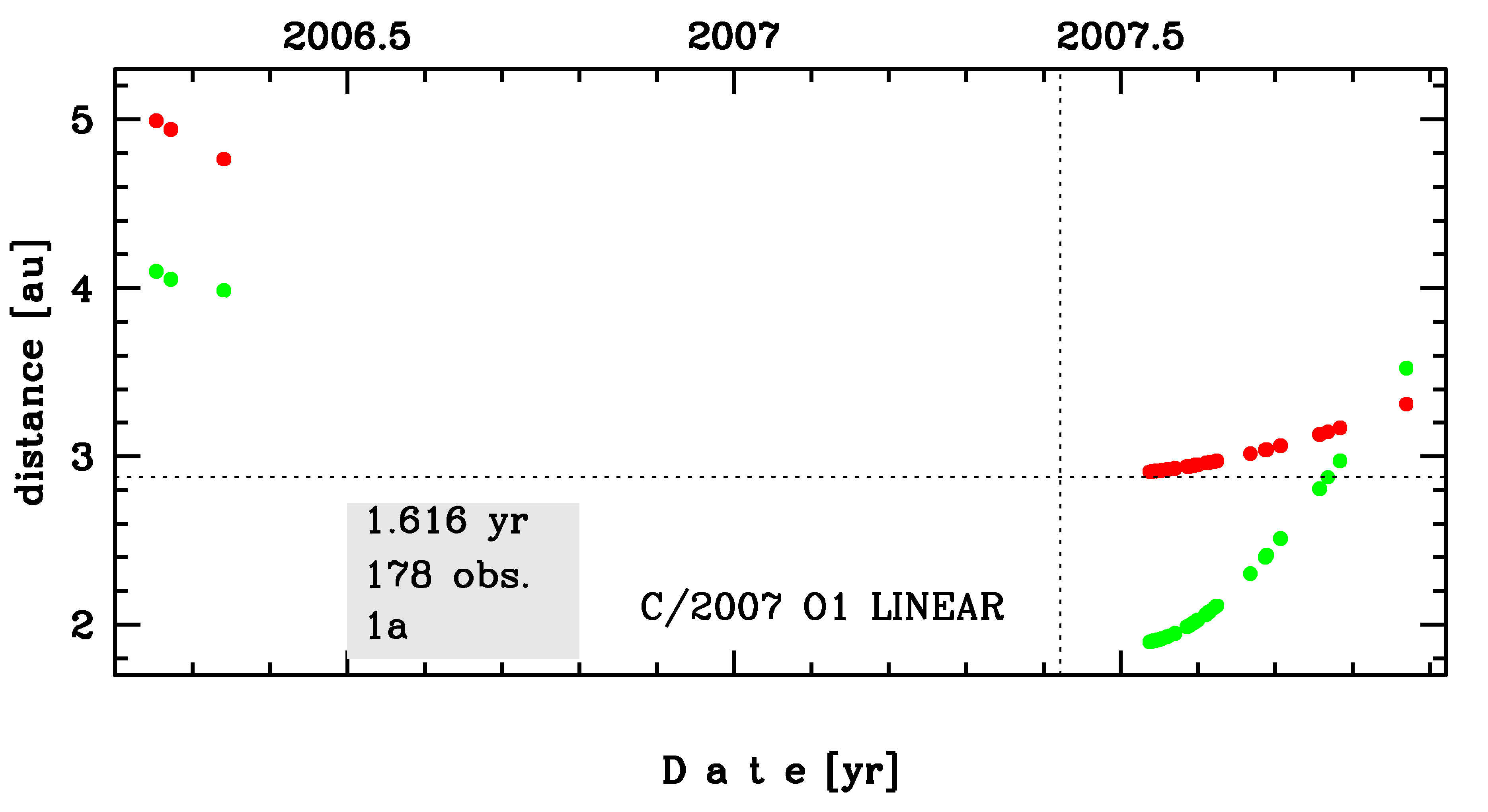 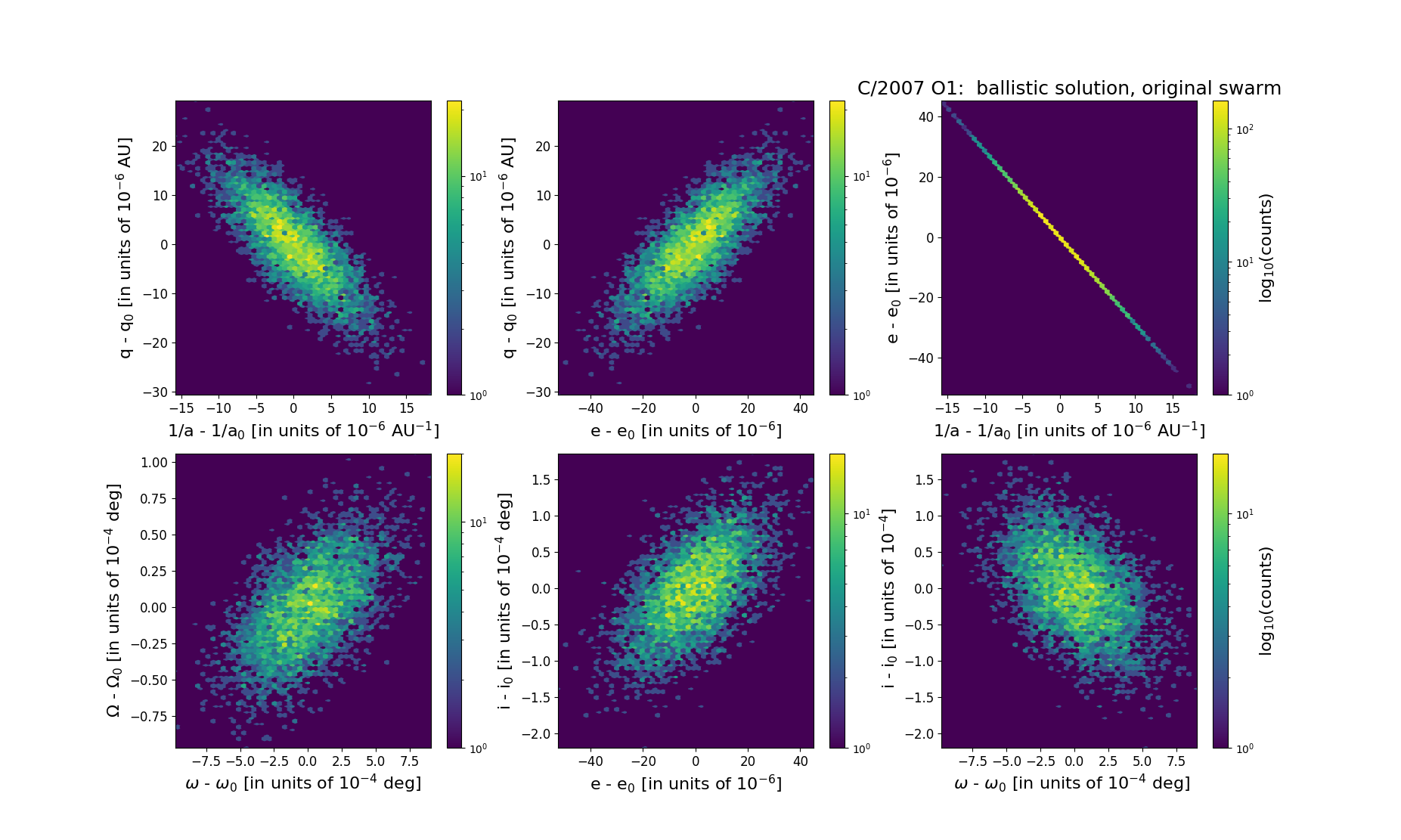