C/2003 O1 LINEAR
more info
Comet C/2003 O1 was discovered on 19 July 2003 in the course of the LINEAR survey as an apparently asteroidal object (7.03 au from the Sun); however, soon its cometary activity were announced. Later, three prediscovery images were found from 27 July 2002 (7.88 au from the Sun). At the moment of discovery, it was 8 months before perihelion passage and a less than two weeks before its closest approach to the Earth.
Comet had its closest approach to the Earth on 30 July 2003 (6.447 au, 11 days after discovery, 7.5 months before perihelion); hovever at the second approach to the Earth in June 2004 (almost a year after perihelion passage) the comet was similarly close (6.455 au, see figure).
Solution given here is based on data spanning over 3.6 yr (5 oppositions) in a range of heliocentric distances: 7.88 au – 6.847 au (perihelion) – 7.19 au.
This comet suffers almost insignificant planetary perturbations during its passage through the planetary system.
See also Królikowska and Dybczyński 2017. 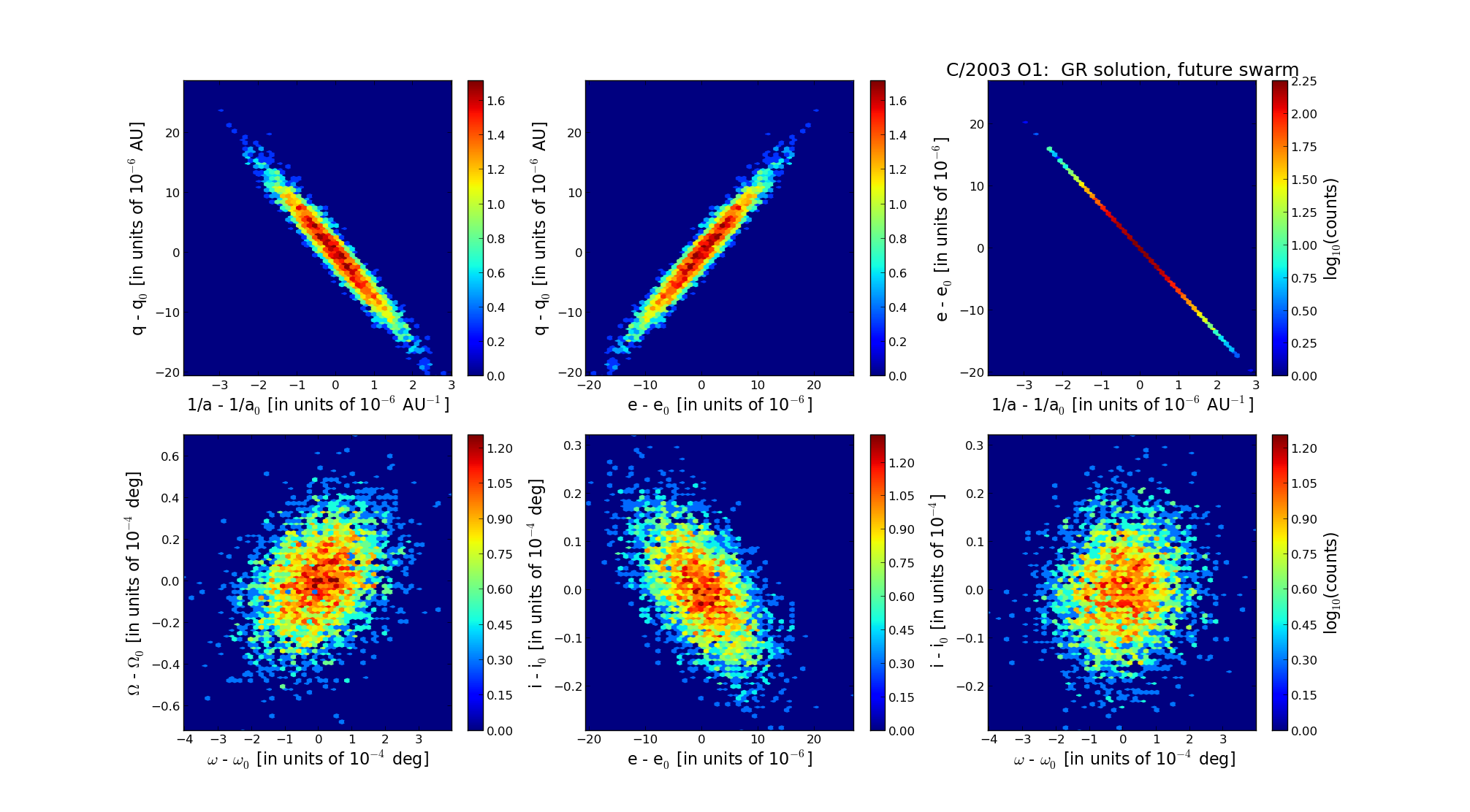