C/2003 A2 Gleason
more info
Comet C/2003 A2 was discovered on 10 January 2002 by Arianna E. Gleason using the Spacewatch II telescope at the Kitt Peak National Observatory when the comet was a year and 10 months before its perihelion passage. This comet was observed 3.2 yr during its four oppositions in a narrow range of heliocentric distances: 11.9 au – 11.43 au (perihelion) – 11.70 au. However, there is a long pause around perihelion lasting over 7 months (from 1 April to 11 November of 2002).
Comet had its closest approach to the Earth on 14 February 2004 (10.451 au).
This Oort spike comet suffers minor planetary perturbations during its passage through the planetary system that lead to a more tight future orbit (see future barycentric orbit).
See also Królikowska and Dybczyński 2017. 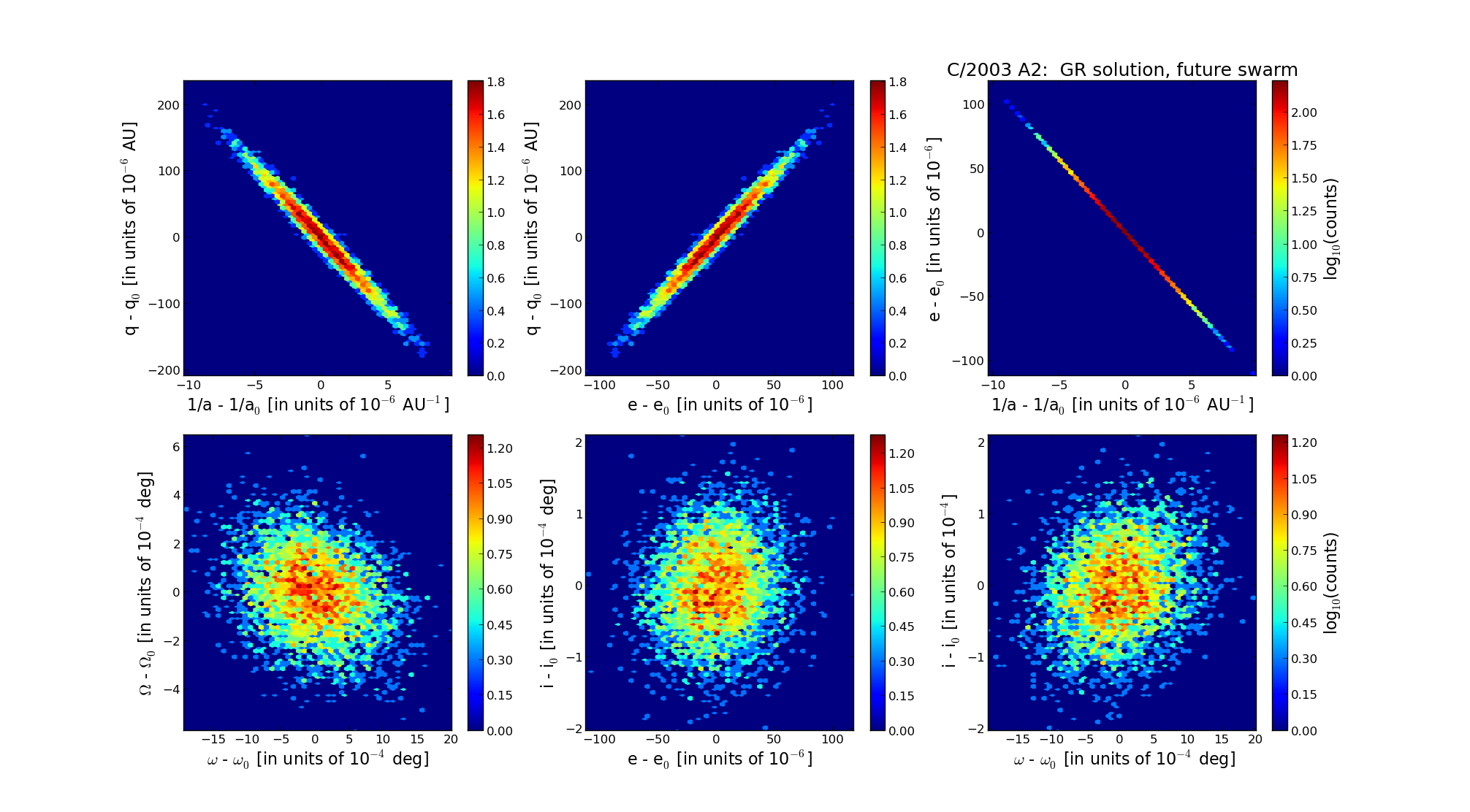