C/2001 Q4 NEAT
more info
Comet C/2001 Q4 was discovered on 24 August 2001 by Near-Earth-Asteroid Tracking Team (Jet Propulsion Laboratory), that is about 2.8 yr before its perihelion passage. It was observed until 18 August 2004.
Comet had its closest approach to the Earth on 6 May 2004 (0.321 au), ten days before its perihelion passage.
C/2001 Q4 is a comet with non-gravitational effects strongly manifested in positional data fitting. Preferred orbital solution given here is based on data spanning over 4.98 yr in a range of heliocentric distances from 10.11 au to 8.82 au; however data taken around perihelion passage are excluded (see figure).
This Oort spike comet suffers rather large planetary perturbations during its passage through the planetary system; these perturbations lead to escape the comet from the planetary zone on a hyperbolic orbit (see future barycentric orbits).
More details in Królikowska, Dybczyński and Sitarski and Królikowska 2020. 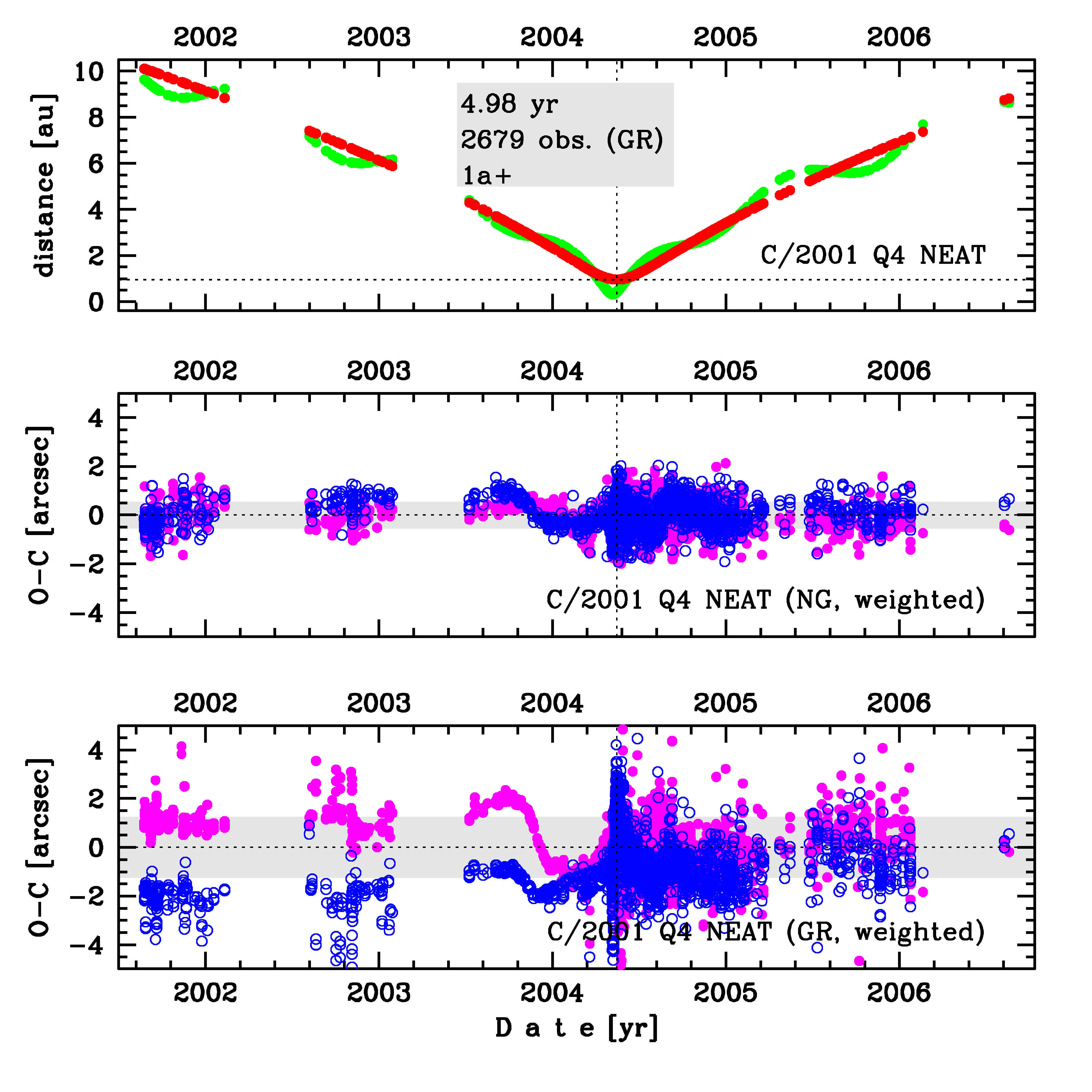