C/2001 K5 LINEAR
more info
C/2001 K5 was discovered on 17 May 2001 by the LINEAR as an apparently asteroidal object. Soon, its cometary apperance was reported [IAUC 7634, 2001 May 28]. Later, pre-discovery observations by LINEAR from 30 April 2001 were found.
This comet made its closest approach to the Earth on 30 May 2002 (4.432 au), 4.3 months before perihelion.
Solution given here is based on data spanning over 3.6 yr in a range of heliocentric distances: 6.50 au – 5.184 au (perihelion) – 7.65 au.
This Oort spike comet suffers small planetary perturbations during its passage through the planetary system that lead to escape of the comet from the solar system on hiperbolic orbit (see future barycentric orbit).
See also Królikowska 2014 and Królikowska and Dybczyński 2017. 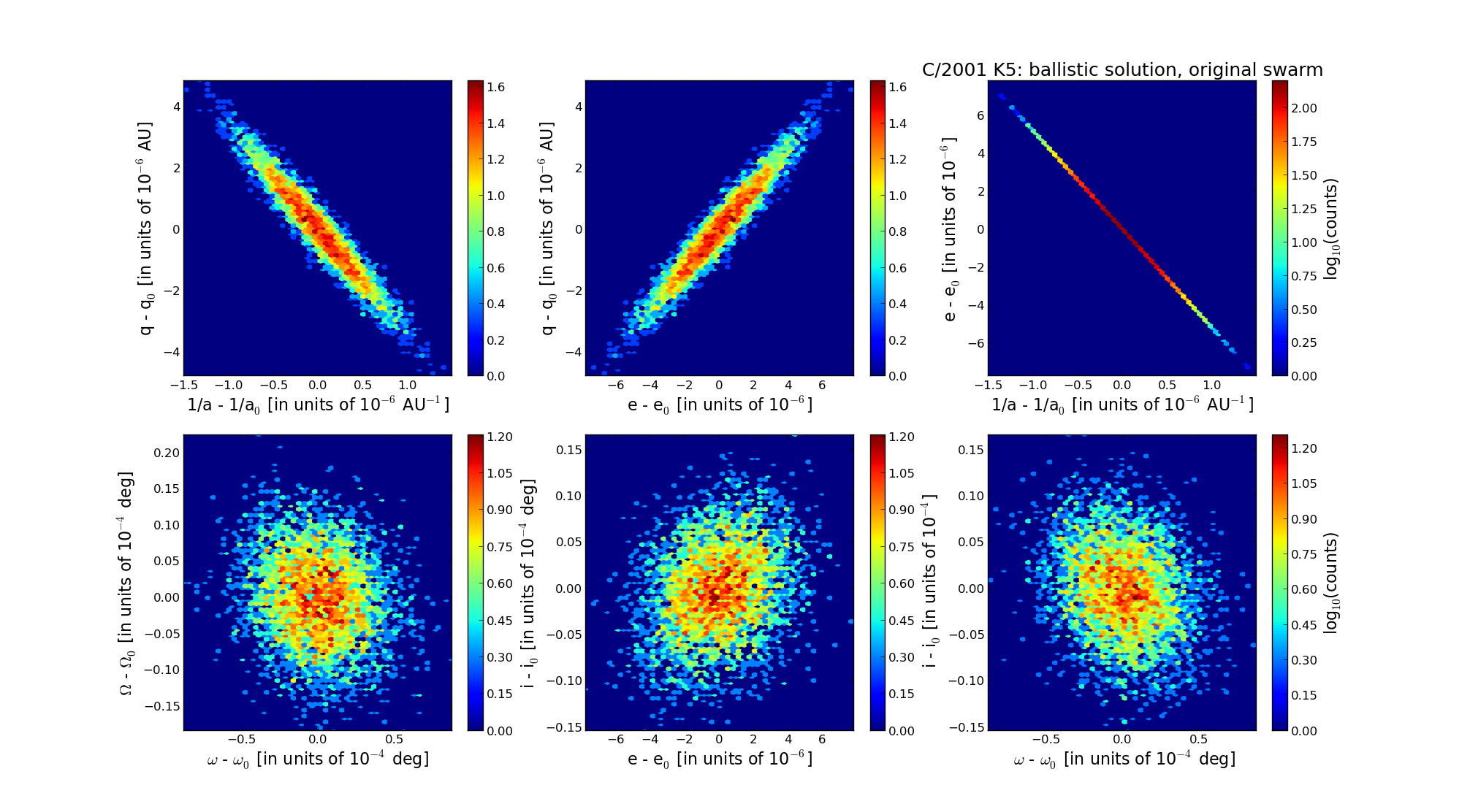