C/1997 A1 NEAT
more info
Comet C/1997 A1 was discovered by the Near-Earth-Asteroid Tracking Team (cf. IAUC 6341), on images obtained by the on-site USAF/Ground-based Electro-Optical Deep Space Surveillance Team in Hawaii (IAUC 6532). A day later, two preperihelion measurements from 9 January were announced by Kobayashi (IAUC 6534). Then the comet was more than 5 months before its perihelion passage. C/1997 A1 was last seen on 28 December 1997.
The comet made its closest approach to the Earth on 5 February 1997 (2.44 au), that was one month after discovery and 4.5 months before perihelion passage.
Solution given here is based on data spanning over 0.97 yr in a narrow range of heliocentric distances: 3.52 au – 3.16 au (perihelion) – 3.65 au.
This Oort spike comet suffers rather small planetary perturbations during its passage through the planetary system that lead to escape of the comet from the solar system (see future barycentric orbit).
See also Królikowska 2014 and Królikowska and Dybczyński 2017. 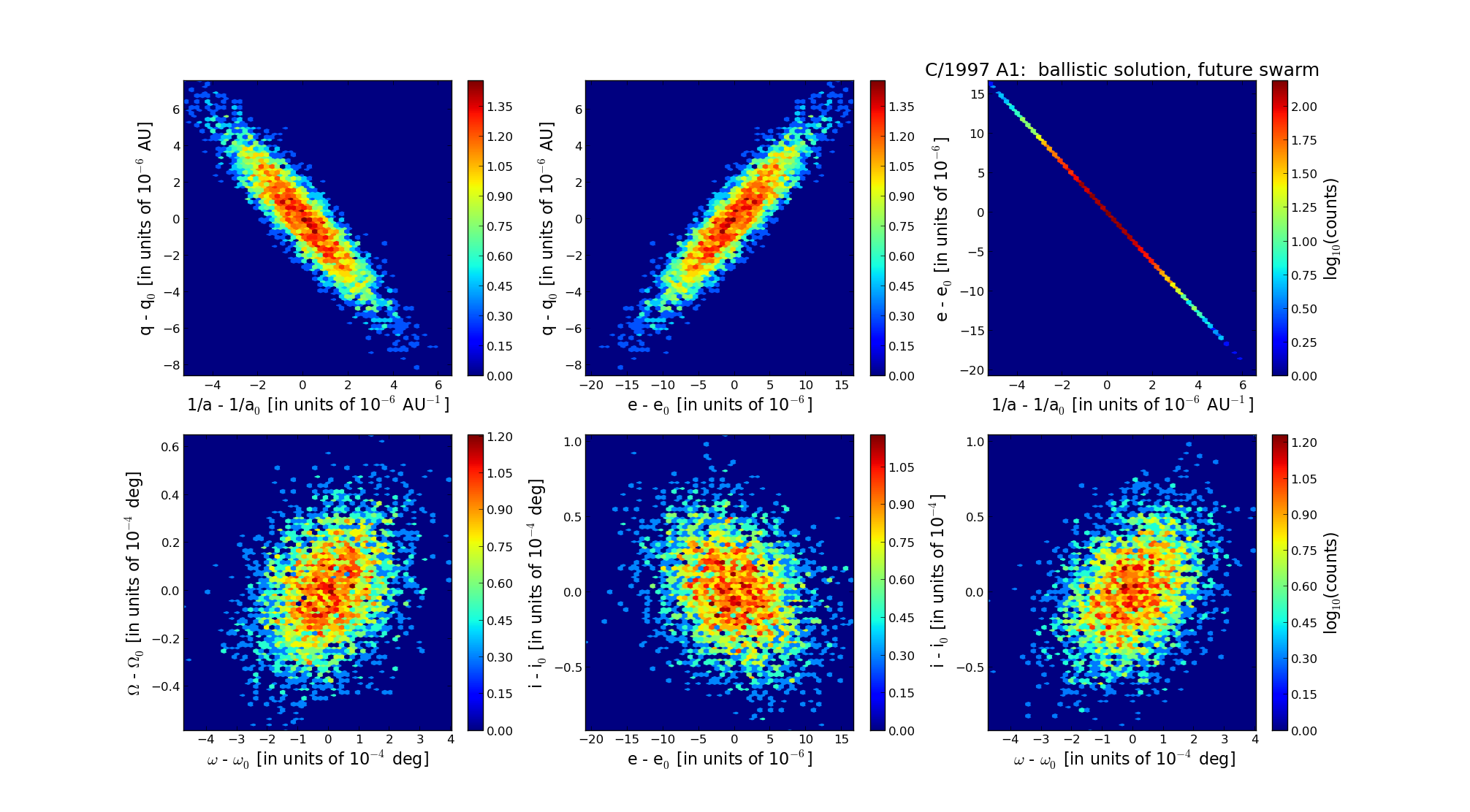