C/1992 J1 Spacewatch
more info
Comet C/1992 J1 was discovered on 1 May 1992 by by David Rabinowitz of the Spacewatch Project thanks to automated system able to detect moving objects (first such a case). At the moment of discovery, the comet was about 1.3 year before its perihelion passage. This comet was last observed in the second half of March 1993.
Comet had its closest approaches to the Earth on 23 March 1993 (2.662 au, before perihelion passage), and on 10 December 1993 (2.659 au, after perihelion passage).
Solution given here is based on data spanning over 2.79 yr in a range of heliocentric distances: 5.46 au – 3.01 au (perihelion) – 5.61 au.
This Oort spike comet suffers moderate planetary perturbations during its passage through the planetary system; these perturbations lead to more tight future orbit with a semimajor axis of about 1,800 au.
See also Królikowska 2020. 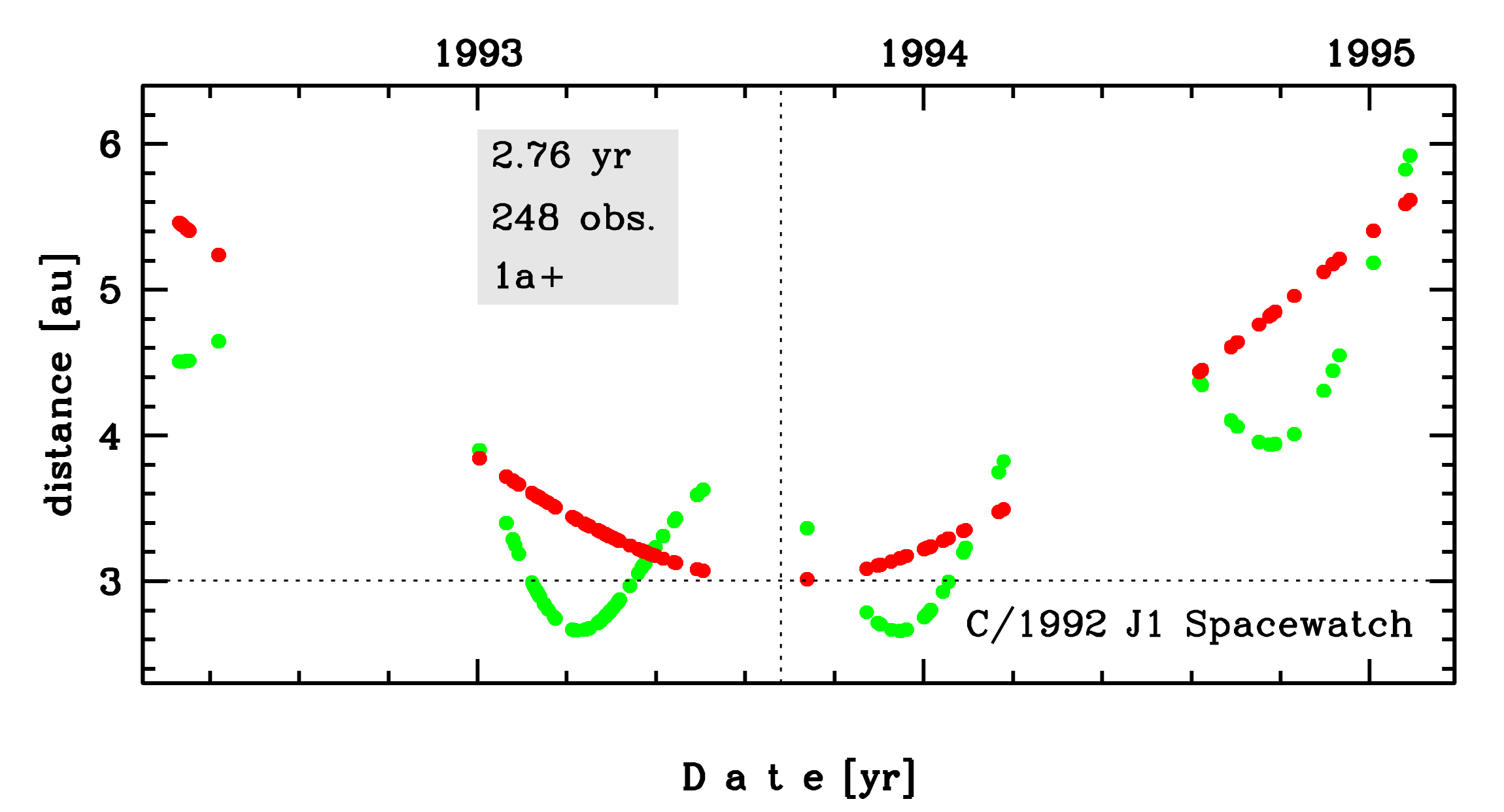