C/1992 A1 Helin-Alu
more info
Comet C/1992 A1 was discovered on 9 January 1992 by Eleanor F. Helin and Jeff Alu during the course of the near-Earth asteroid survey (Mount Palomar, California, USA),that is about 6 months before its perihelion passage. This comet was last observed in the second half of March 1993.
Comet had its closest approach to the Earth on 6 February 1992 (2.448 au), about a month after its discovery.
Solution given here is based on data spanning over 1.20 yr in a range of heliocentric distances: 3.50 au – 3.02 au (perihelion) – 3.92 au.
This Oort spike comet suffers tiny planetary perturbations during its passage through the planetary system; however, these perturbations lead to escape the comet on hyperbolic orbit from the planetary zone.
See also Królikowska 2020. 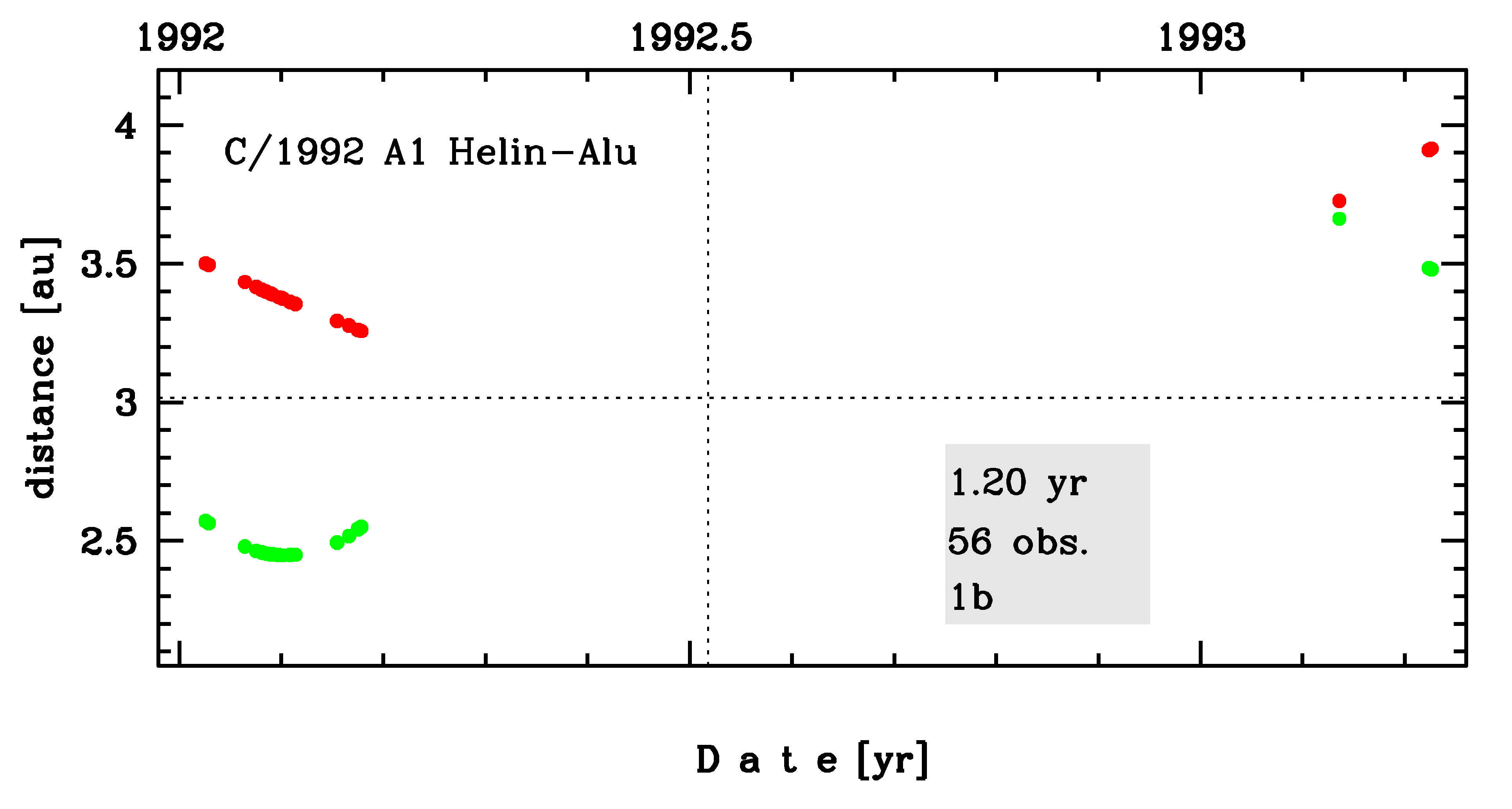 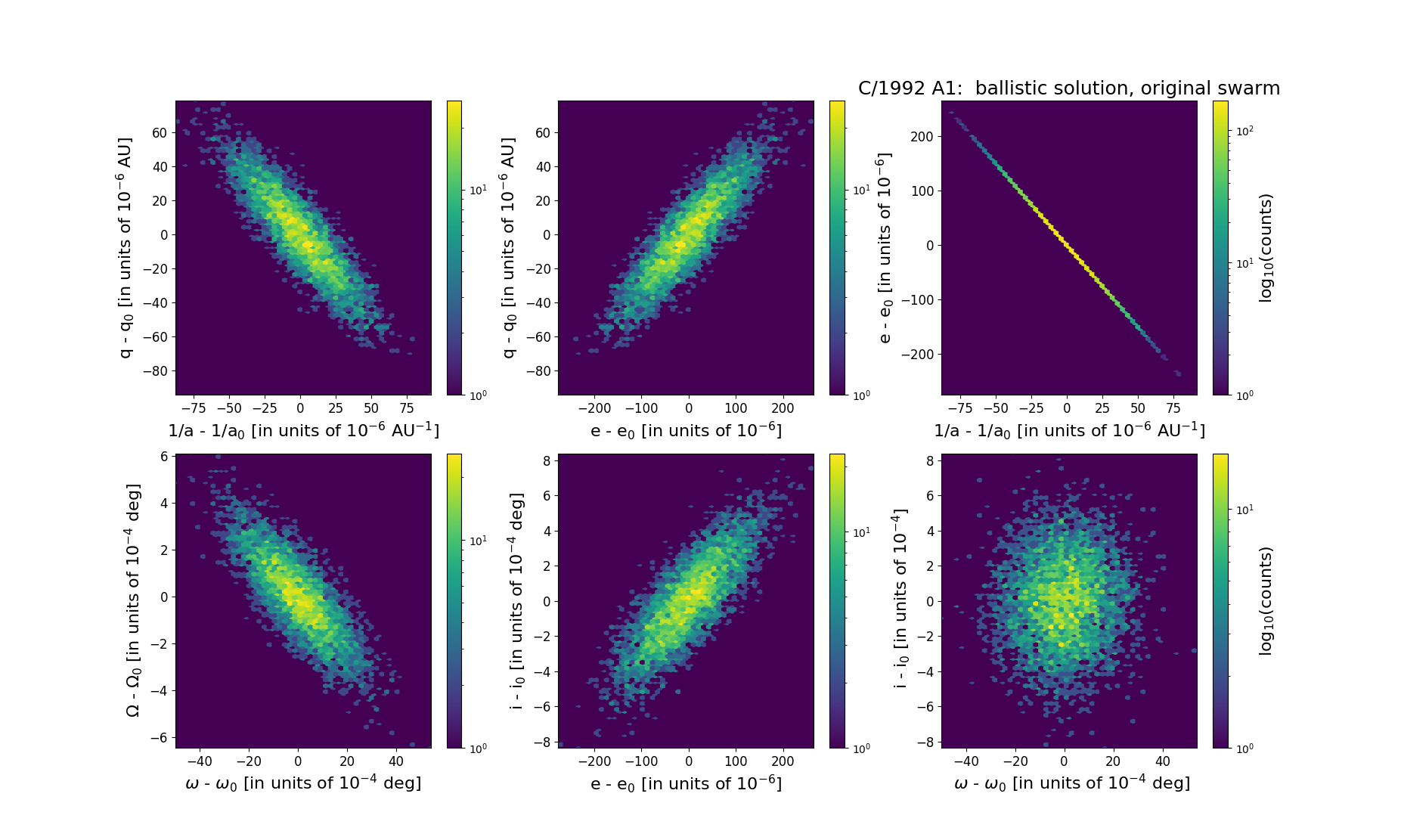