C/1966 T1 Rudnicki
more info
Comet C/1966 R1 was discovered on 15 October 1966 by Polish astronomer Konrad Rudnicki in the course of the Palomar Supernova Search Program (USA), that is almost 3 months before its perihelion passage. It was observed until 28 February 1967.
Comet had its closest approach to the Earth on 26 December 1966 (0.412 au), more than two months after its discovery.
The first hyperbolic orbit was determined by Grzegorz Sitarski and Krzysztof Ziołkowski using 21 observations (IAU Circ., No. 1983, December 1966). Solution given here is based on data spanning over 0.312 yr in a range of heliocentric distances: 1.49 au – 0.419 au (perihelion) – 0.628 au.
This Oort spike comet suffers large planetary perturbations during its passage through the planetary system; these perturbations lead to escape the comet from the planetary zone on a hyperbolic orbit (see future barycentric orbits).
See also Królikowska 2020. 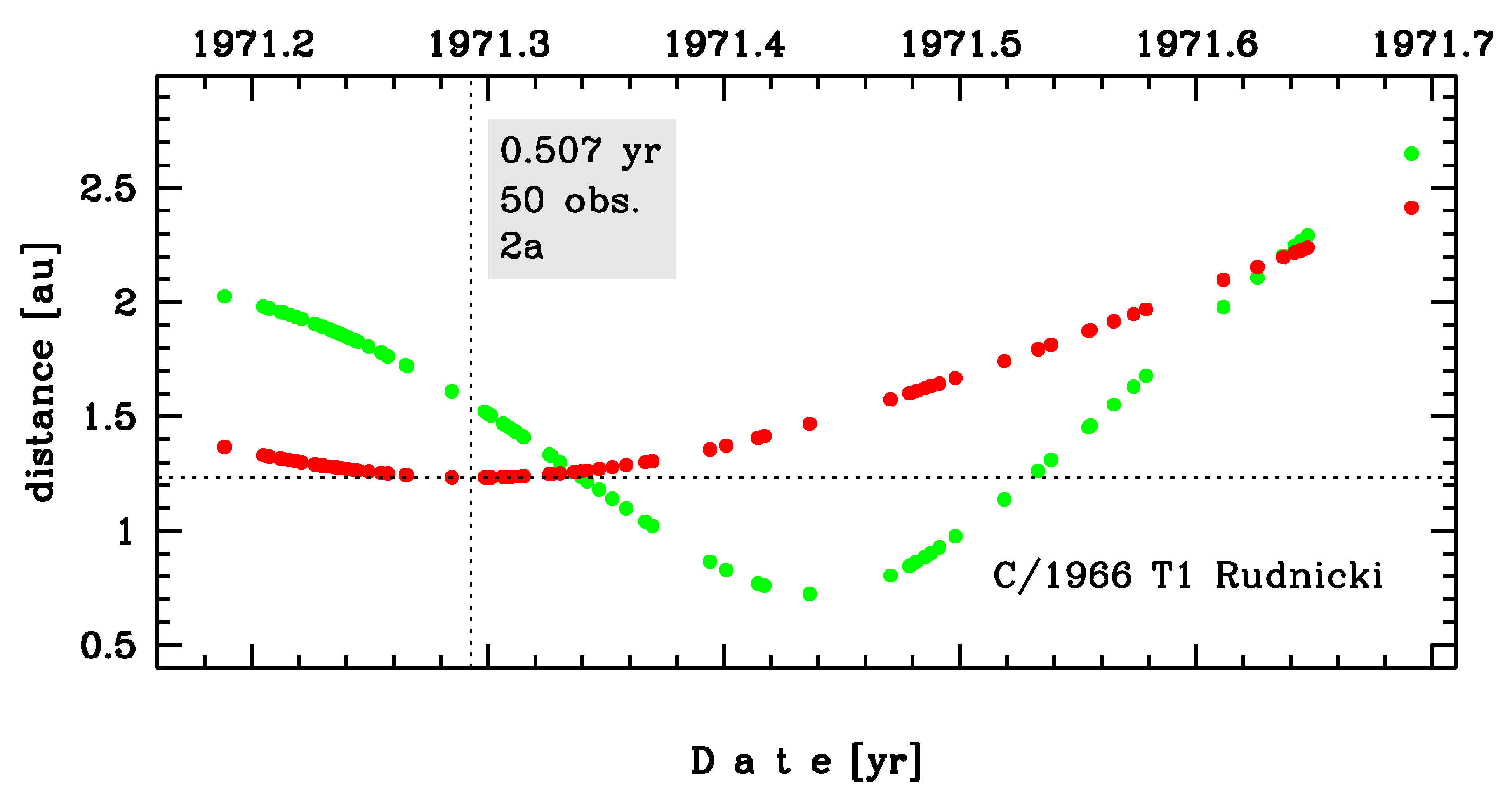