C/1902 X1 Giacobini
more info
Comet C/1902 X1 was discovered on 2 December 1902 by Michel Giacobini (Nice Observatory, France), that is almost four months before perihelion passage, and it was last seen on 27 June 1903 [Kronk, Cometography: Volume 3].
This comet made its closest approach to the Earth on 18 January 1903 (1.91 au), that is about seven weeks after its discovery.
Solution given here is based on data spanning over 0.567 yr in a narrow range of heliocentric distances from 3.00 au through perihelion (2.77 au) to 2.94 au.
This Oort spike comet suffers moderate planetary perturbations during its passage through the planetary system that lead to escape the comet from the planetary zone on a hyperbolic orbit (see future barycentric orbit)
More details in Królikowska et al. 2014. 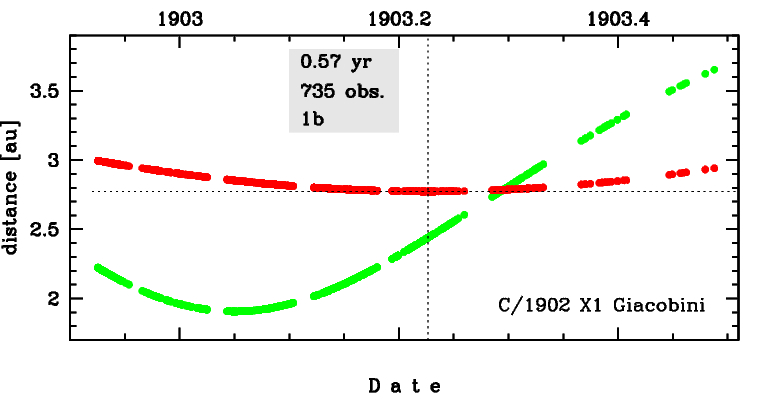