C/2012 K1 PANSTARRS
more info
Comet C/2012 K1 was discovered on 19 May 2012 with Pan-STARRS 1 telescope (Haleakala), that is more than 2 years before its perihelion passage. Later a few pre-discovery images were found taken on 14 May ( MASTER-II Observatory, Tunka) and 17 May (Pan-STARRS 1). It was almost systematically observed until 7 August 2016 (see picture).
C/2012 K1 had its closest approach to the Earth on 31 October 2014 (0.953 au), about 2 months after its perihelion passage.
Preferred solution given here is based on data spanning over 4.23 yr in a range of heliocentric distances: 8.83 au – 1.055 au (perihelion) – 7.85 au.
This Oort spike comet suffers small planetary perturbations during its passage through the planetary system that cause a bit tighter future orbit (see future barycentric orbits).
See also Królikowska 2020. 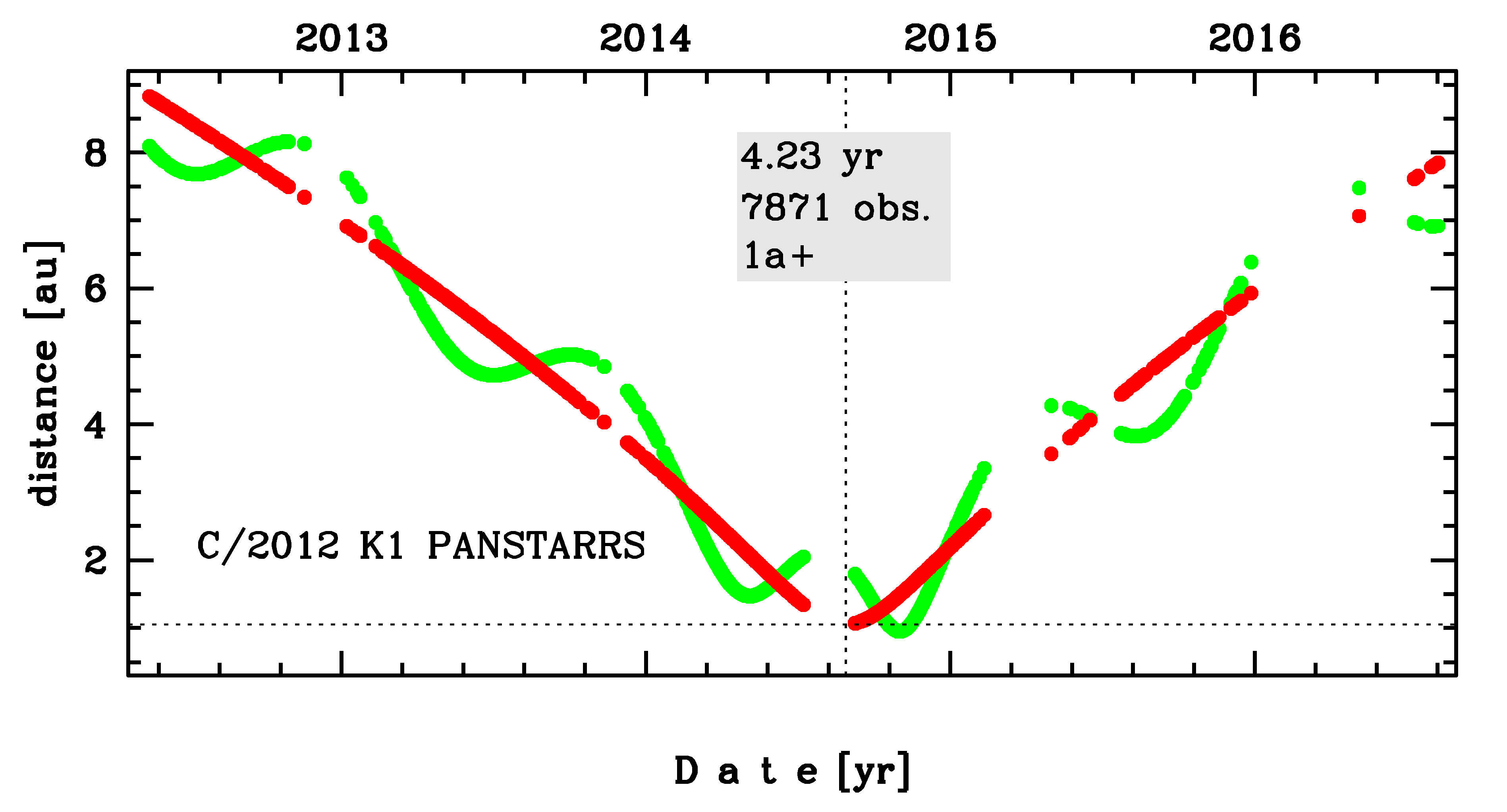