C/2011 R1 McNaught
more info
Comet C/2011 R1 was discovered on 3 September 2011 by Robert H. McNaught (Siding Spring), that is more than a year before its perihelion passage. It was observed until 11 April 2014.
Comet had its closest approach to the Earth on 8 April 2013 (1.960 au), 5.5 months after its perihelion passage; however on 8 August 2012 (2.5 months before perihelion) the comet approached the Earth only a little further (2.035 au, see picture).
Solution given here is based on data spanning over 3.5 yr in a range of heliocentric distances: 7.47 au – 2.08 au (perihelion) – 5.91 au.
This Oort spike comet suffers tiny planetary perturbations during its passage through the planetary system that cause a bit tighter future orbit with original semimajor axis of about 10,000 au (see future barycentric orbits).
See also Królikowska 2020. 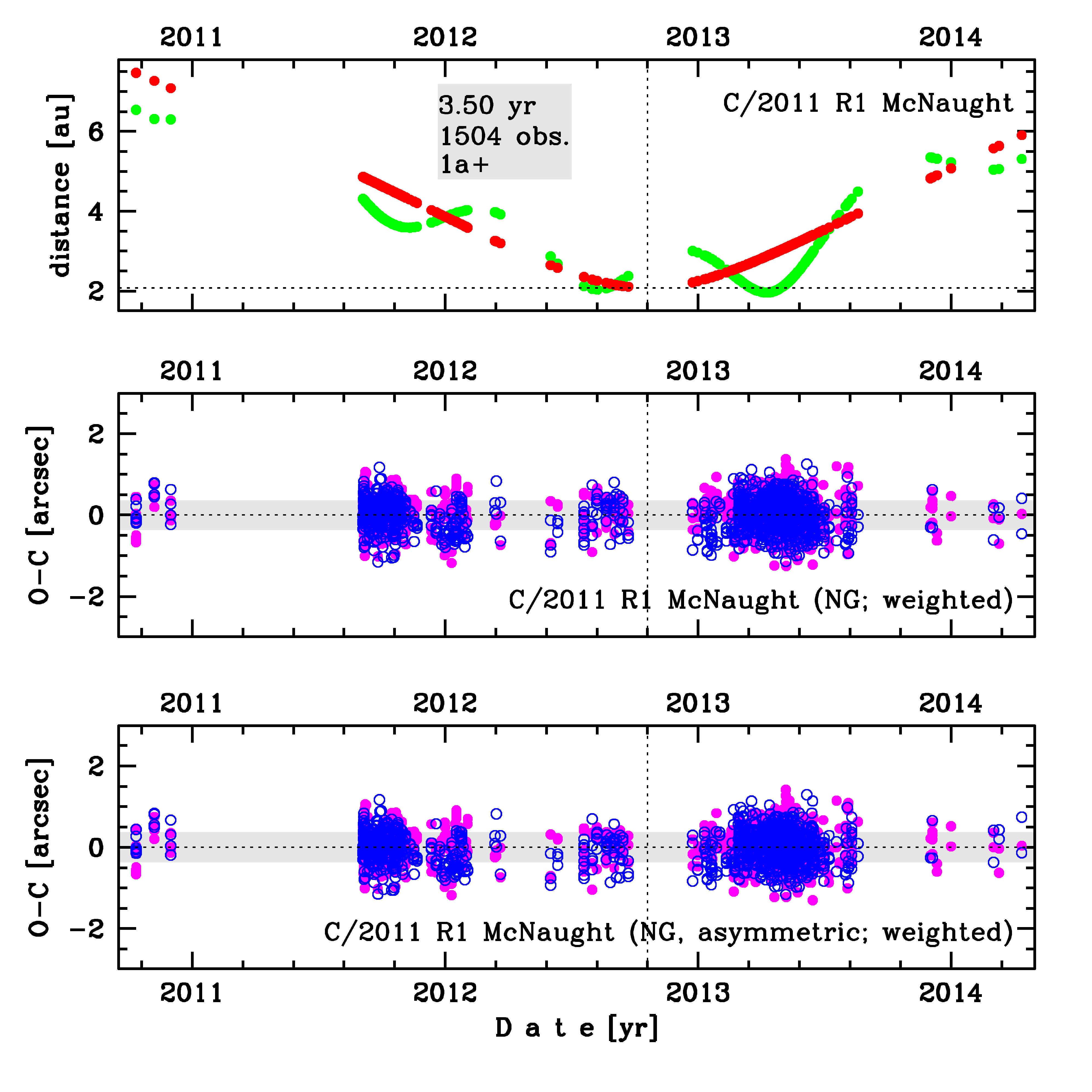