C/2011 M1 LINEAR
more info
Comet C/2011 M1 was discovered on 22 June 2011 during Lincoln Laboratory Near-Earth Asteroid Research project, that is 2.5 months before its perihelion passage. It was observed until 2 August 2011.
Comet had its closest approach to the Earth on 27 July 2011 (1.267 au), a bit more than a month after its discovery.
Solution given here is based on pre-perihelion data spanning over 0.112 yr in a range of heliocentric distances from 1.59 au to 1.10 au.
Original value of 1/a is negative; however within its uncertainty of about 3 sigma this comet can came from the Oort Cloud.
C/2011 M1 was observed only before peryhelion; future orbit is given here though it is not certin that this comet survived perihelion passage. See also Table 2 in Sekanina 2019.
See also Królikowska 2020. 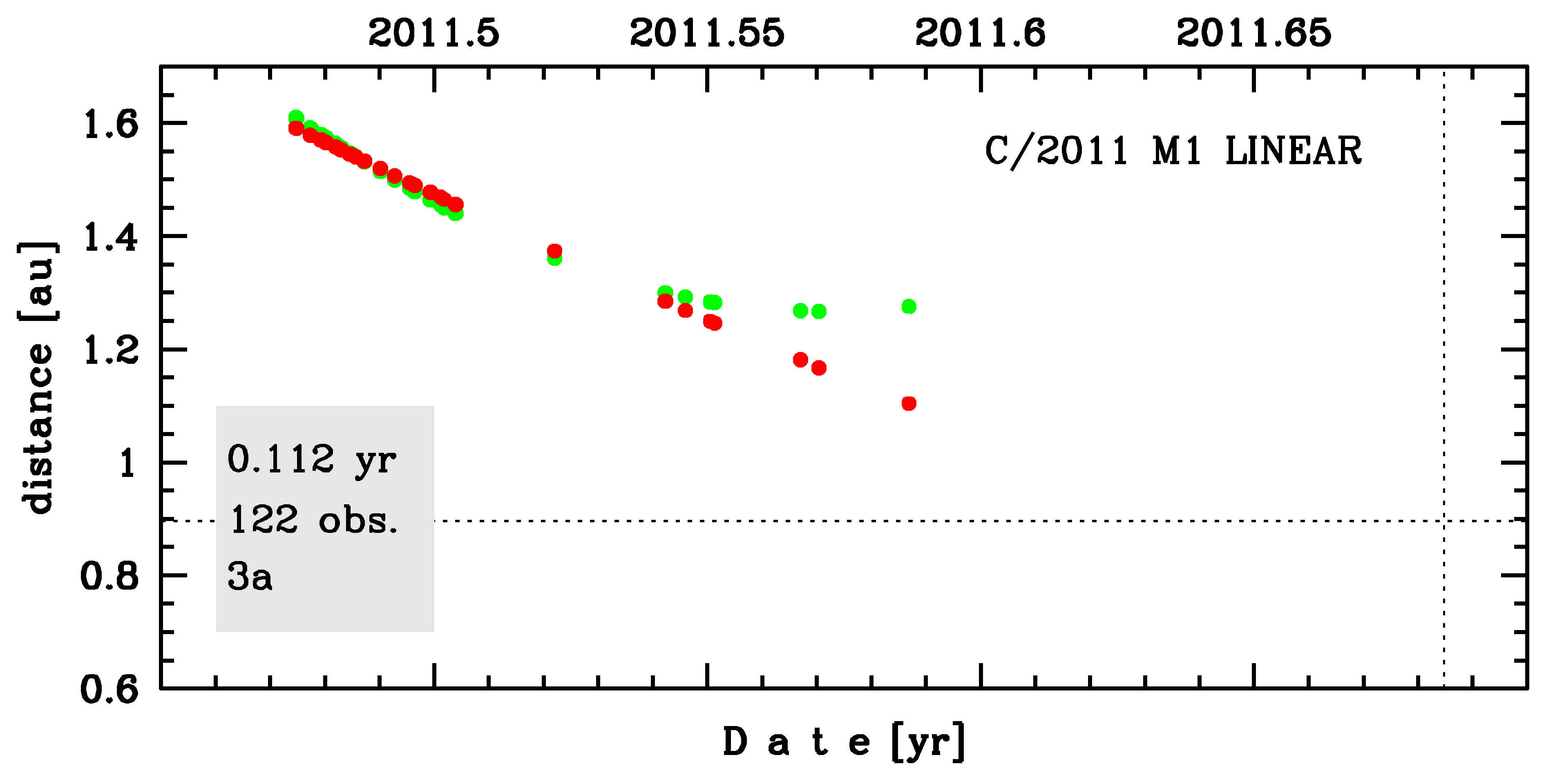