C/2011 J2 LINEAR
more info
Comet C/2011 J2 was discovered on 4 May 2011 by LINEAR, that is about 2.6 yr before its perihelion passage. Next, it was found on earlier images taken on 10 and 25 March 2011 with the Catalina Sky Survey. More than seven months after perihelion passage (in August 2014), splitting event was observed. In 2016, Manzini et al., investigated the motion of fragment B over the observation period and they showed that the first breakout event likely occurred between 12 July and 30 July 2014. Therefore, solutions given here are based on data-arc including measurements taken well before this fragmentation event. The comet was observed until 15 September 2017.
Comet had its closest approach to the Earth (3.02 au) a few days before perihelion passage.
Solutions given here was based on data spanning over 3.3 yr in a range of heliocentric distances: 8.97 au – 3.44 au (perihelion) – 3.84 au.
This Oort spike comet suffers tiny planetary perturbations during its passage through the planetary system. The future orbit is uncertain due to splitting event. 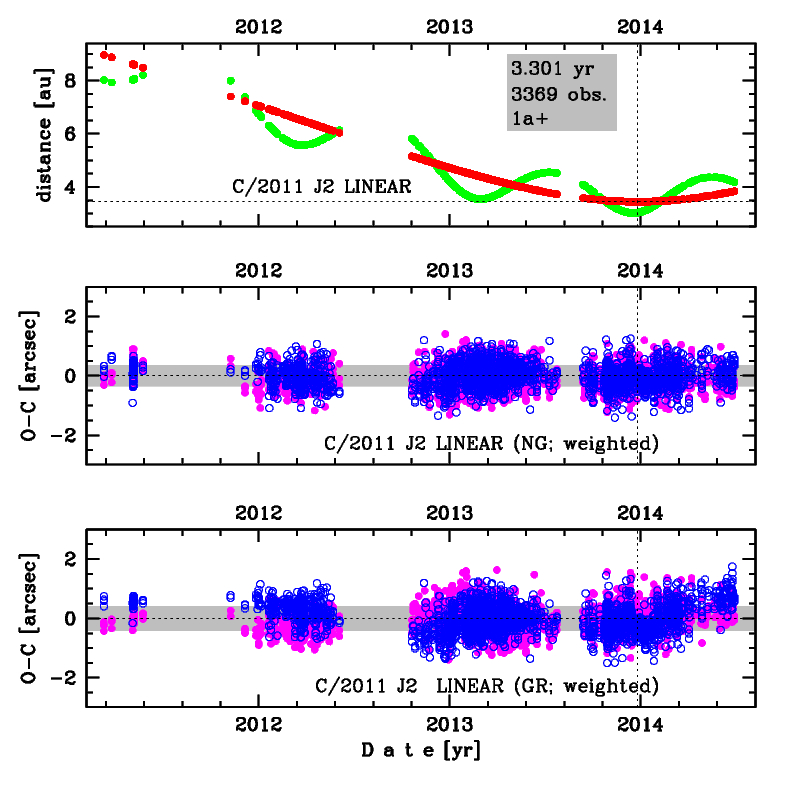