C/2007 Q1 Garradd
more info
Comet C/2007 Q1 was discovered on 21 August 2007 by G. J. Garradd (Siding Spring Survey), that is about eight months after perihelion passage (q=3.017 au) and observed only about three weeks in the narrow range of heliocentric distance from 3.88 au to 4.02 au (very poor quality orbit).
Comet had its closest approach to the Earth on 11 September 2007 (3.093 au), about 3 weeks after its discovery and about 9 months after its perihelion passage.
This probably Oort spike comet suffers moderate planetary perturbations during its passage through the planetary system and these perturbations lead to escape the comet from the solar system on hyperbolic orbit (see future barycentric orbit).
See also Królikowska and Dybczyński 2013 and Królikowska 2020. 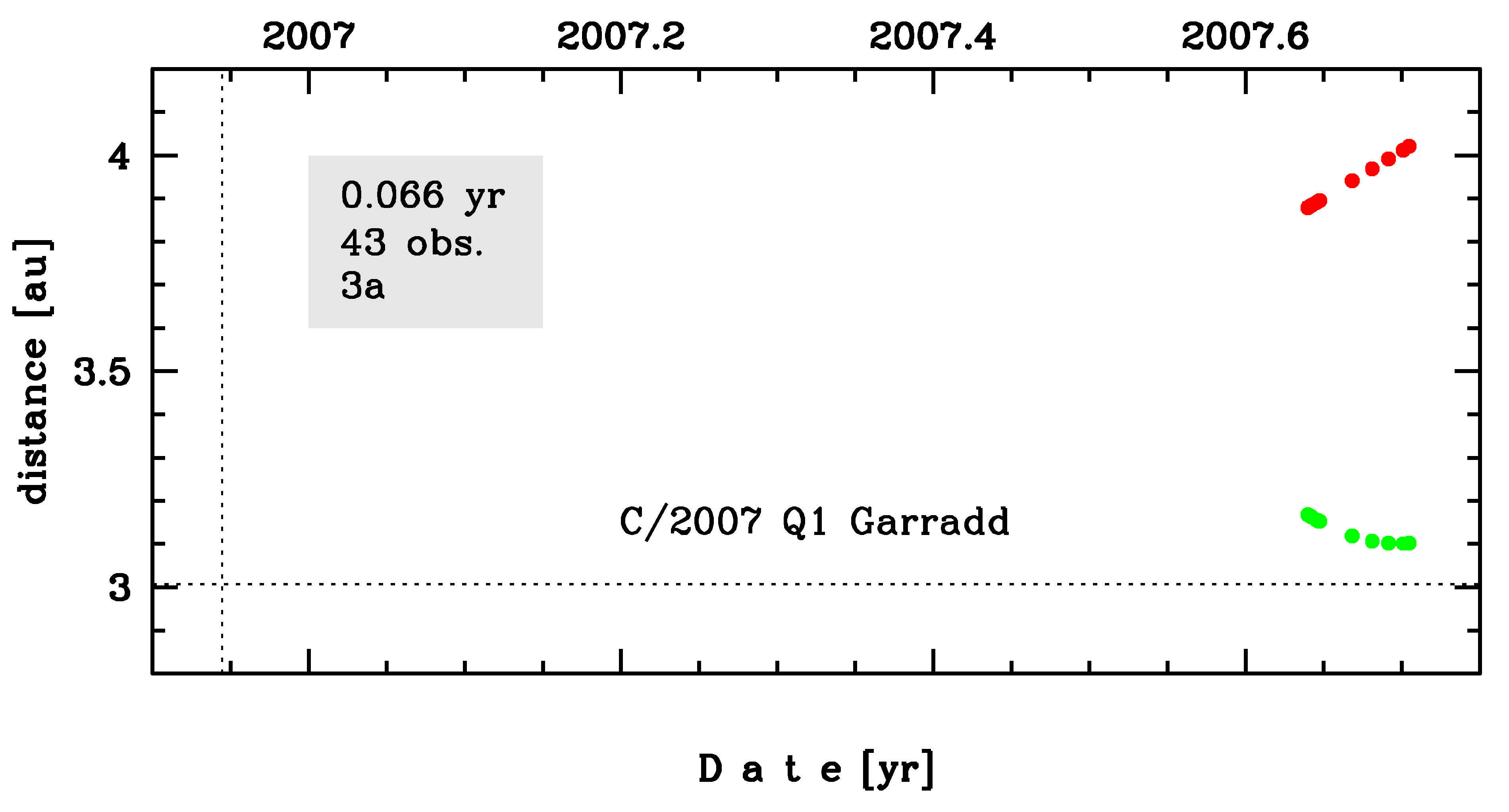