C/2006 P1 McNaught
more info
Comet C/2006 P1 was discovered on 7 August 2006 by Robert H. McNaught (Siding Spring Survey); that is about 5 months before its perihelion passage. It was observed until 11 July 2007 (see picture).
This comet with small perihelion distance of 0.17 au was the second brightest comet observed by ground-based observers since 1935 and developed a spectacularly structured huge dust tail.
Comet had its closest approach to the Earth on 15 January 2007 (0.817 au), about 3 days after its perihelion passage.
All orbits presented here are based on data spanning over 0.926 yr in a range of heliocentric distances: 2.74 au – 0.170 au (perihelion) – 3.34 au. NG orbit obtained using standard form of g(r) functionwith radial and transverse components of NG acceleration is quite well determined and was chosen here as preferred orbit; however, the NG orbit with three components of NG accelarations is also worth the attention.
This Oort spike comet suffers moderate planetary perturbations during its passage through the planetary system and these perturbations lead to more tight future orbit with semimajor axis a bit larger than 2,000 au (see future barycentric orbits).
See also Królikowska and Dybczyński 2013 and Królikowska 2020. 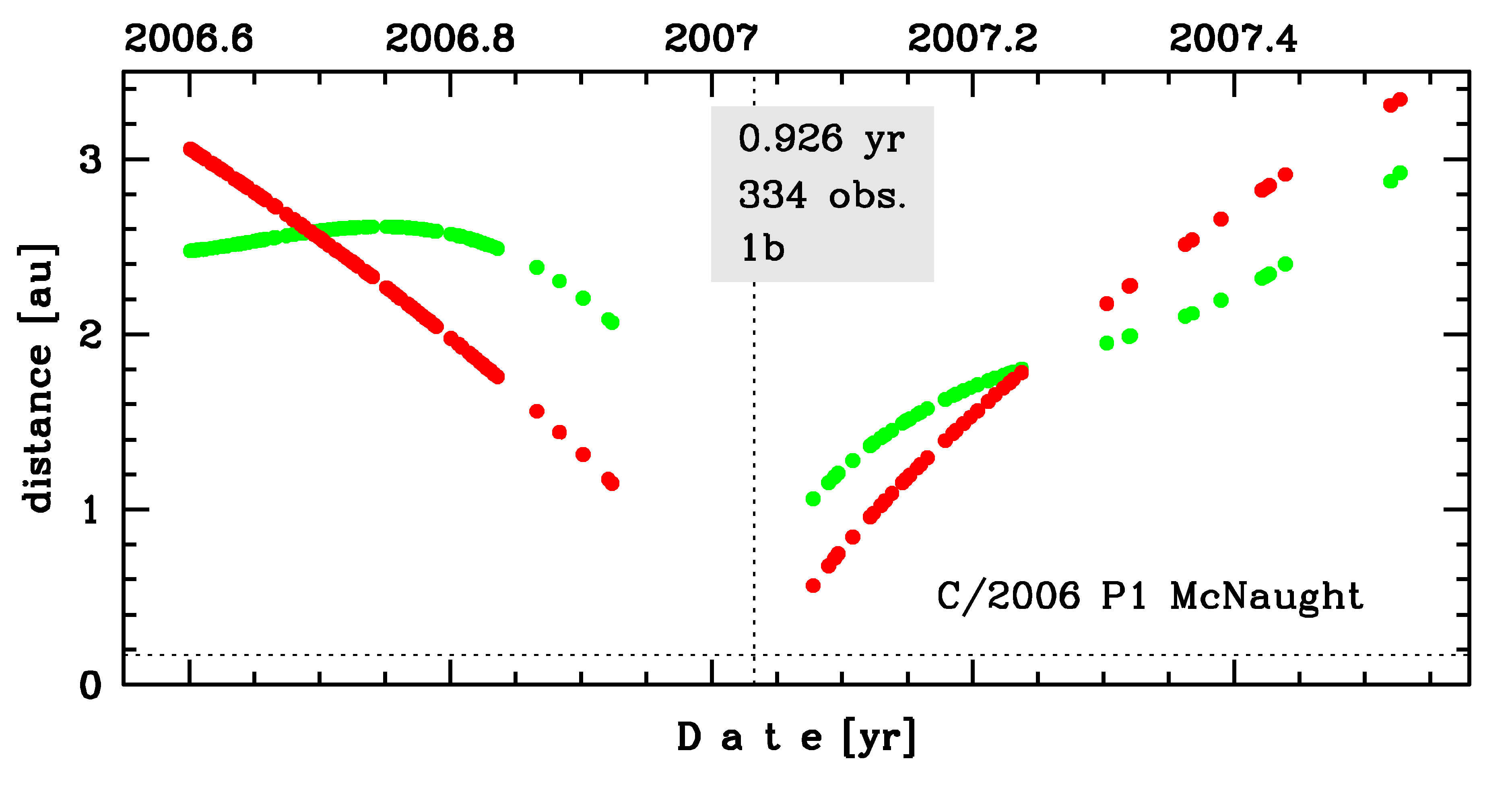