C/2006 OF2 Broughton
more info
Comet C/2006 OF2 was discovered on 17 July 2006 by John Broughton (Reedy Creek), that is more than 2 years before its perihelion passage. Next, a few prediscovery images taken on 23 June (Palomar Mountain/NEAT) and 8 July (Siding Spring Survey) were found. It was systematically observed during four oppositions until 11 May 2010.
Comet had its closest approach to the Earth on 9 December 2008 (1.773 au), almost 3 months after its perihelion passage.
Preferred solution given here is based on data taken at large heliocentric distances and spanning over 3.88 yr in a range of heliocentric distances from 3.88 au to 6.31 au.
This Oort spike comet suffers rather large planetary perturbations during its passage through the planetary system and these perturbations lead to escape the comet from the planetary zone on a hyperbolic orbit (see future barycentric orbits).
See also Królikowska and Dybczyński 2013 and Królikowska 2020. 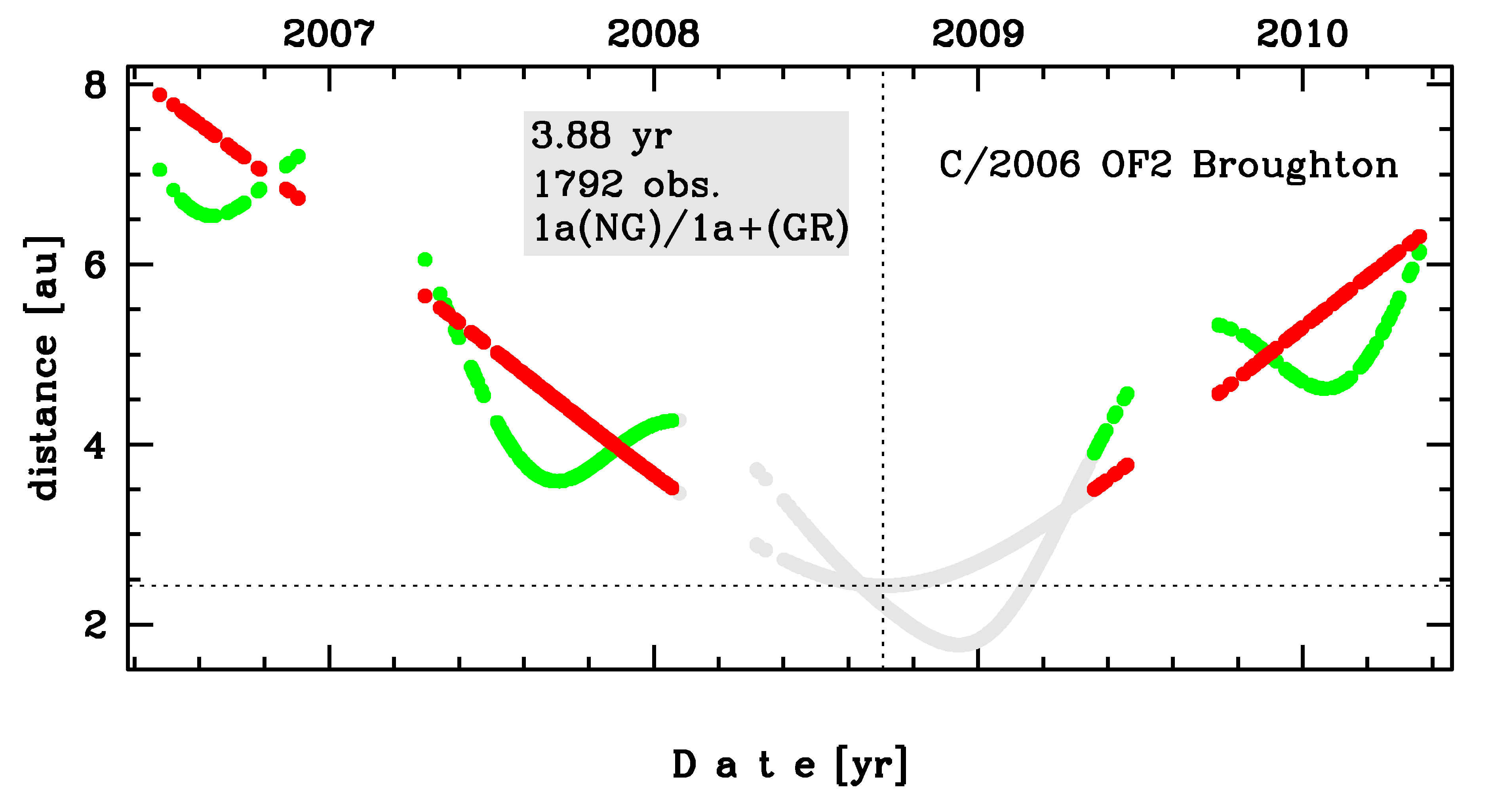