C/1999 S4 LINEAR
more info
Comet C/1999 S4 was discovered on 27 September 1999 with Lincoln Laboratory Near-Earth Asteroid Research project, that is 10 months before its perihelion passage. It was observed until 31 July 2000.
It was the first Oort Cloud comet to have been captured by the Hubble Space Telescope during its fragmentation process. Nucleus decay started around 5/6 July 2000 after the comet first brightened because of its violent outburst, and many chunks were then observed along its orbit. Around 20 July, the comet brightened once again and the main component finally started to disintegrate three days later.
Therefore, preffered solution given here is based on pre-perihelion data spanning over 0.770 yr in a range of heliocentric distances from 4.33 au to 0.861 au (5 July 2000).
Comet had its closest approach to the Earth on 22 July 2000 (0.372 au), 4 days before perihelion passage.
This was Oort spike comet.
See also Sekanina 2019 and Królikowska 2020 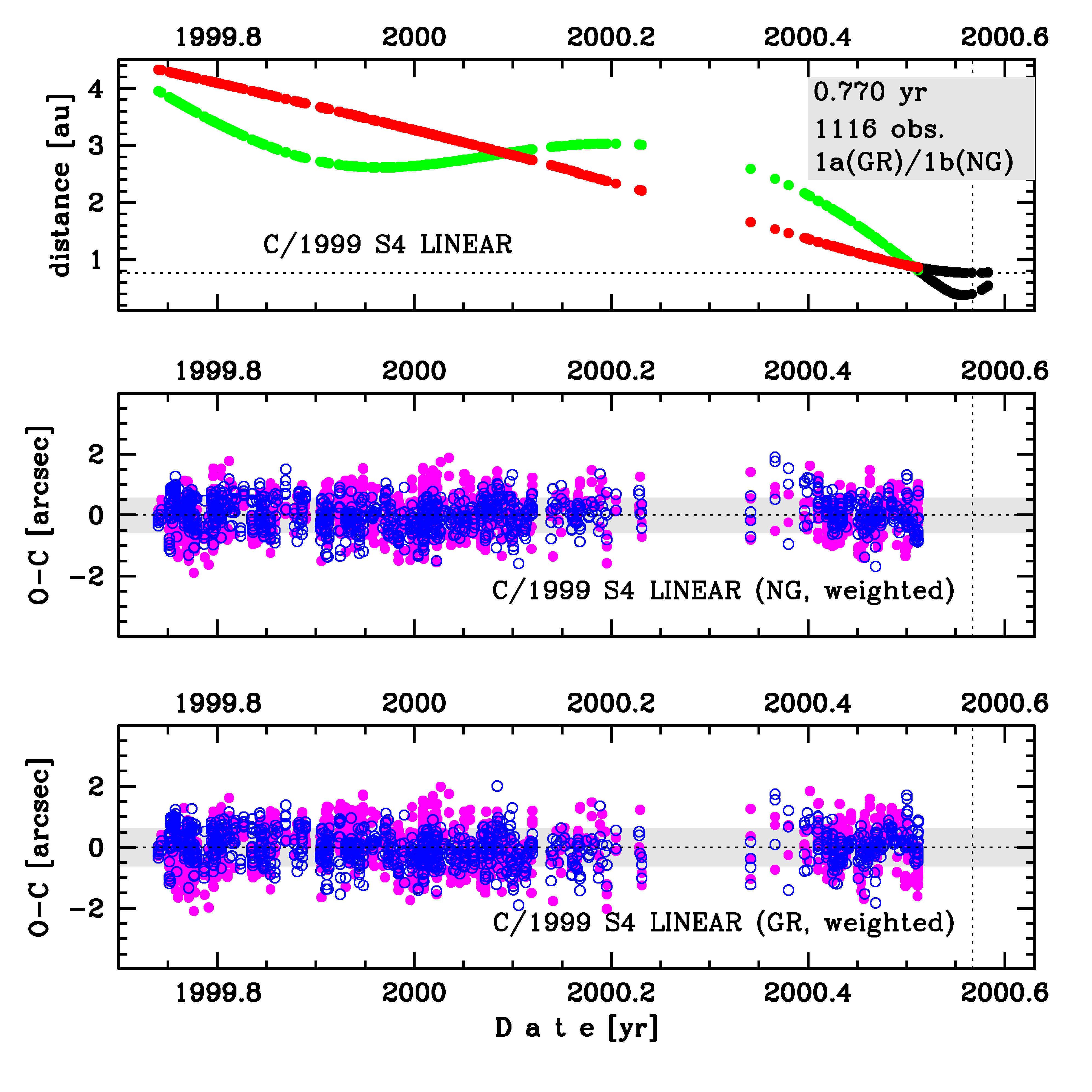