C/1993 Q1 Mueller
more info
Comet C/1993 Q1 was discovered on 16 August 1993 by Jean Mueller (Palomar Sky Survey II). Later, a prediscovery image of this comet taken on 28 September 1992 (Palomar Mountain-DSS) was found. At the moment of discovery, this comet was about 7.5 months before its perihelion passage and it was last observed in the mid-April 1994.
Comet had its closest approach to the Earth on 7 May 1994 (0.899 au), 1.5 month after its perihelion passage.
Preferred solution given here is based on data spanning over 1.55 yr in a range of heliocentric distances: 6.51 au – 0.967 au (perihelion) – 1.04 au.
Sekanina (2019) speculates that this comet may not have survived the perihelion passage.
This Oort spike comet suffers small planetary perturbations during its passage through the planetary system; if C/1993 Q1 survived the perihelion passage these perturbations lead to escape the comet on hyperbolic orbit from the planetary zone.
See also Królikowska 2020. . 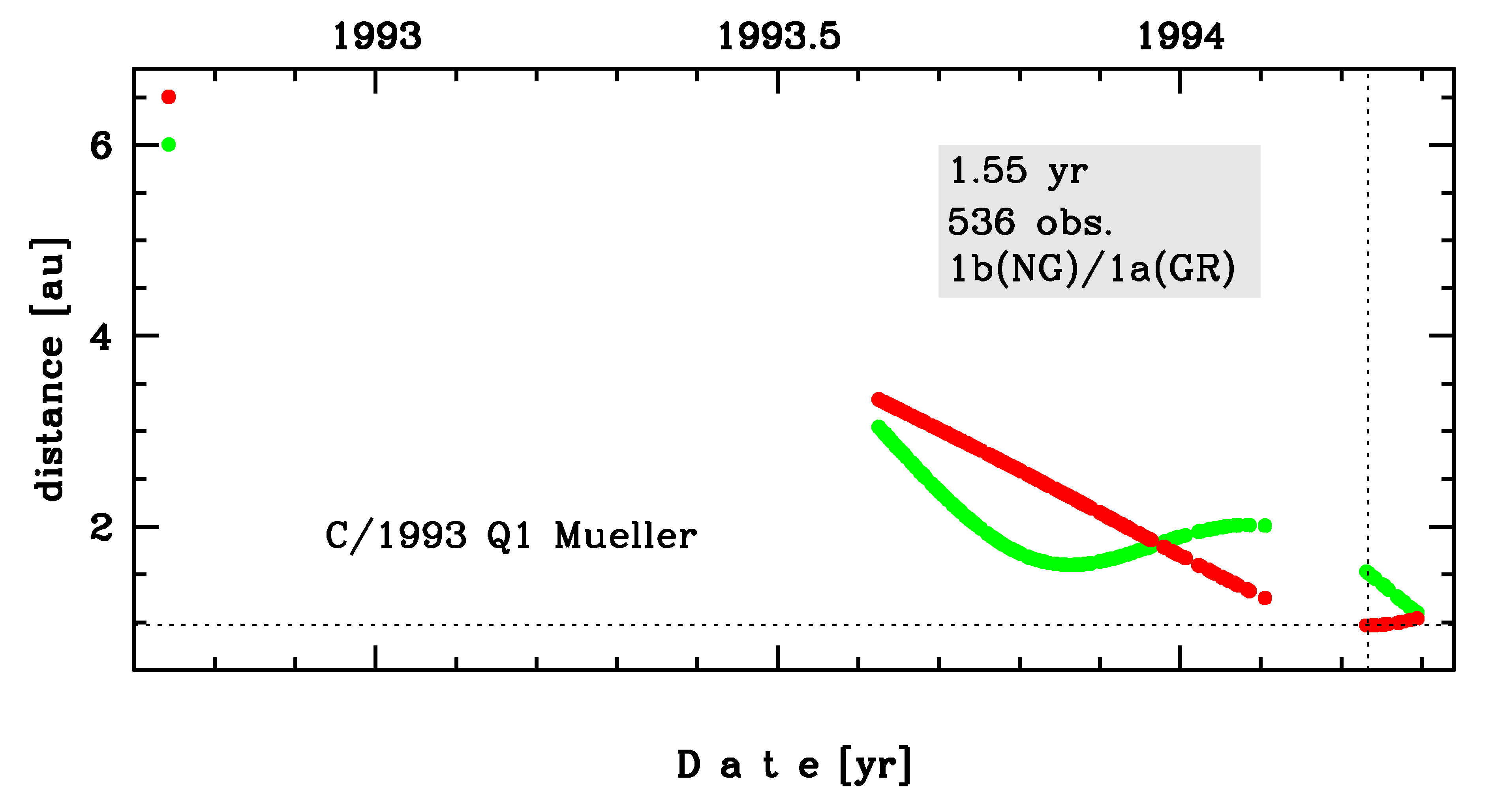