C/1993 A1 Mueller
more info
Comet C/1993 A1 was discovered on 2 January 1993 by Jean Mueller (Palomar Sky Survey II). Later, a prediscovery image of this comet taken on 26 November 1992 (Catalina Station, Tucson) was found.At the moment of discovery, this comet was a year before its perihelion passage and it was last observed in the mid-August 1994.
Comet had its closest approach to the Earth on 13 November 1993 (1.713 au), 2 months before its perihelion passage.
This is a comet with nongravitational effects strongly manifested in positional data fitting.
Preferred solution given here is based on data spanning over 1.72 yr in a range of heliocentric distances: 4.89 au – 1.94 au (perihelion) – 3.19 au.
This Oort spike comet suffers moderate planetary perturbations during its passage through the planetary system; these perturbations lead to escape the comet on hyperbolic orbit from the planetary zone.See also Królikowska 2020. 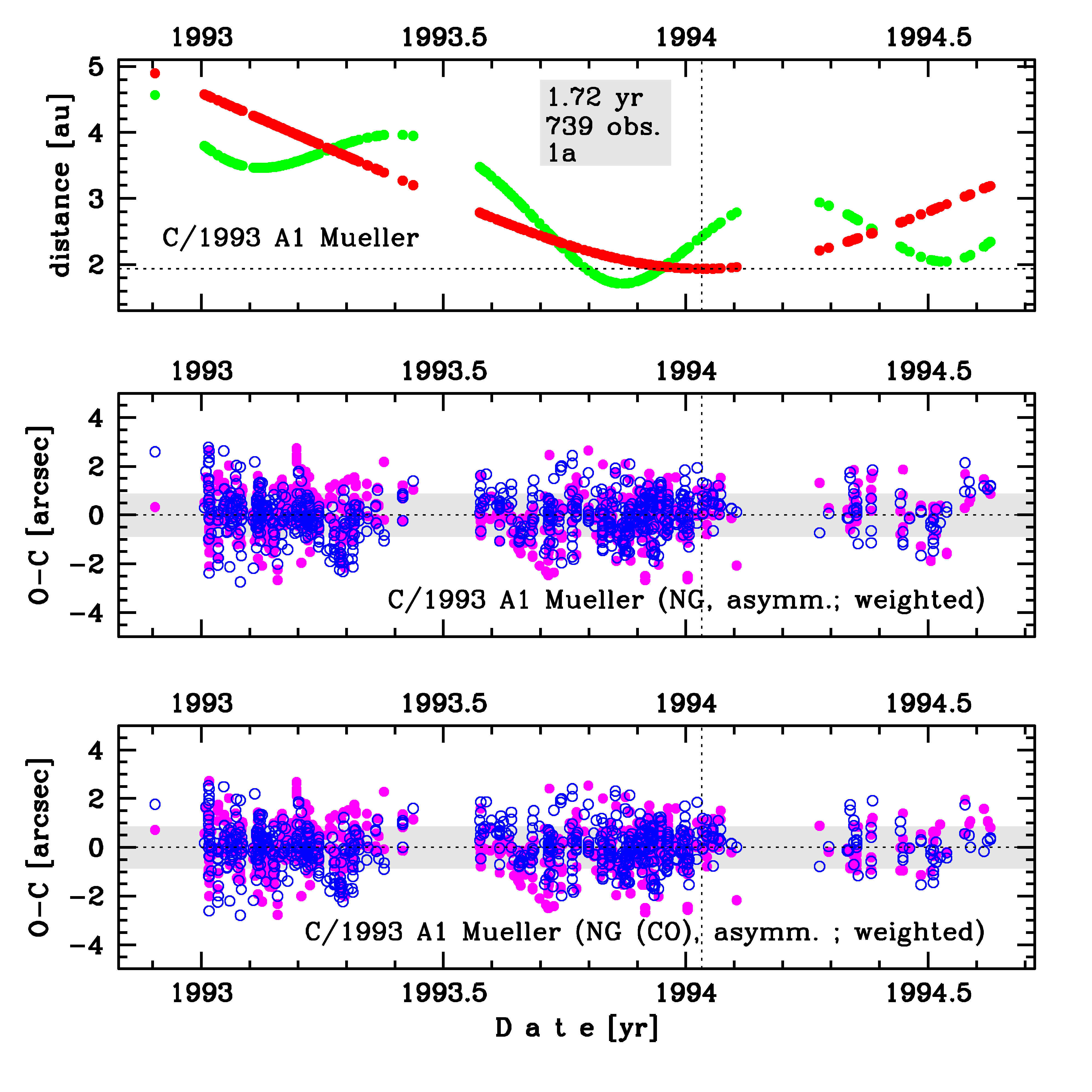