C/1986 P1-A Wilson
more info
Comet C/1986 P1-A was discovered on 5 August 1986 by Christine Wilson (Mount Palomar, California, USA), that is 8.5 months before its perihelion passage. This comet was last observed in mid-April 1989. Splitting event observed in comet Wilson was occured after perihelion passage.
Comet had its closest approach to the Earth on 1 May 1987 (0.623 au), less than two weeks after perihelion passage. According to Minor Planet Center, the main component A of this comet exhibits nongravitational acceleration in the time interval 5 August 1986 – 11 April 1989. Therefore, the non-gravitational orbit from the whole observational arc (spanning over 2.68 yr in a range of heliocentric distances: 3.64 au – 1.200 au (perihelion) – 7.83 au.) are given here as preferred orbit. 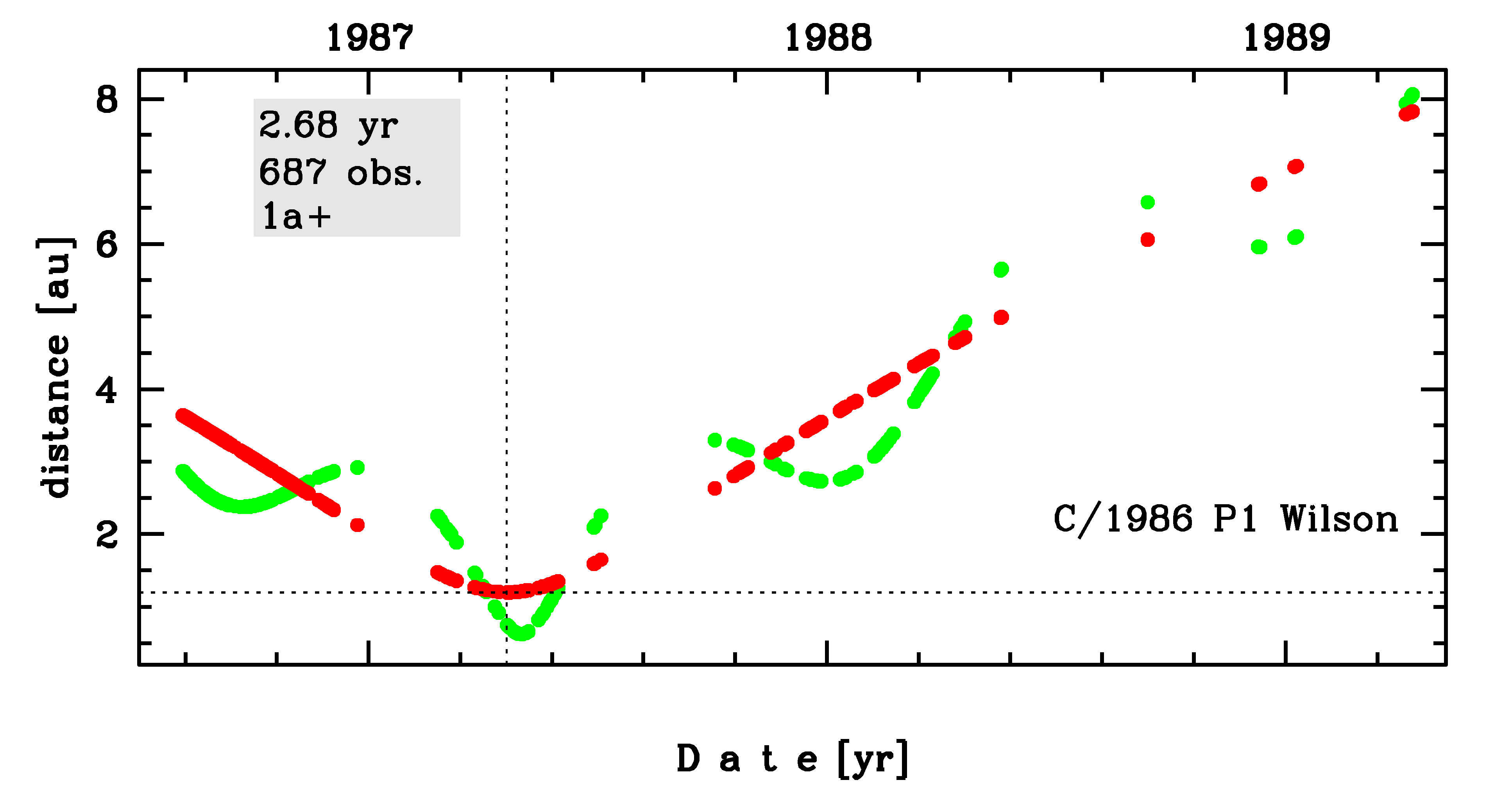