C/1975 V2 Bradfield
more info
Comet C/1975 V2 was discovered on 11 November 1975 by William A. Bradfield (Dernancourt, South Australia, Australia), that is about a month and 10 days before its perihelion passage.This comet was observed until mid- February 1976.
Comet had its closest approach to the Earth on 1 December 1975 (1.058 au), almost 3 weeks after discovery and 3 weeks before its perihelion passage. After perihelion passage, it has second close approach to the Earth on 9 January 1976 (1.074 au).
Solutions given here are based on data spanning over 0.241 yr in a range of heliocentric distances: 1.06 au – 0.219 au (perihelion) – 1.32 au. Despite a very short arc of data, nongravitational orbits can be determined and results on decresing of RMS from 1.43 to 1.33 arcsec; however NG orbits are very poor quality and uncertainties of NG parameters are relatively large.
Both NG orbits suggest that this is neither Oort spike comet nor interstellar comet.
All solutions given here show that this comet suffers rather large planetary perturbations during its passage through the planetary system, and these perturbations lead to a more tight future orbit with semimajor axis of about 1,000 au.
See also Królikowska 2020. 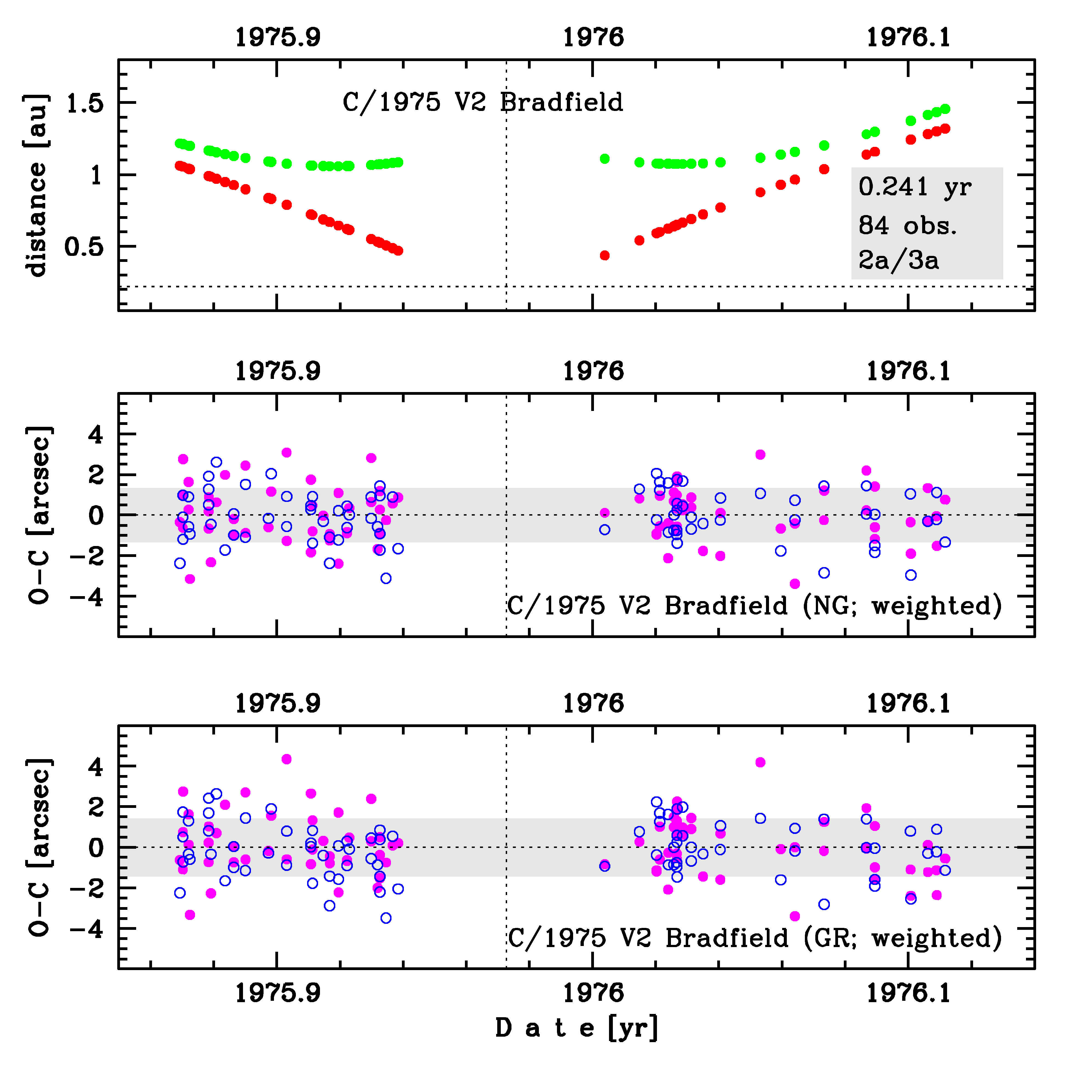