C/1973 A1 Heck-Sause
more info
Comet C/1973 A1 was discovered on 11 January 1973 by André Heck and Gérard Sause (Haute Provence Observatory, France), that is more than 3 months after its perihelion passage.In the next few months prediscovery images were found taken on 4 January (Sendai Municipal Observatory, Japan) and 10 January (Montpellier, France). This comet was observed until 26 February 1974 [Kronk, Cometography: Volume 5].
Comet had its closest approach to the Earth on 11 February 1973 (1.978 au), a month after its discovery.
Solution given here is based on post-perihelion data spanning over 1.13 yr in a range of heliocentric distances from 2.70 au to 5.53 au.
This Oort spike comet suffers rather small planetary perturbations during its passage through the planetary system; these perturbations lead to a more tight future orbit.
See also Królikowska 2020. 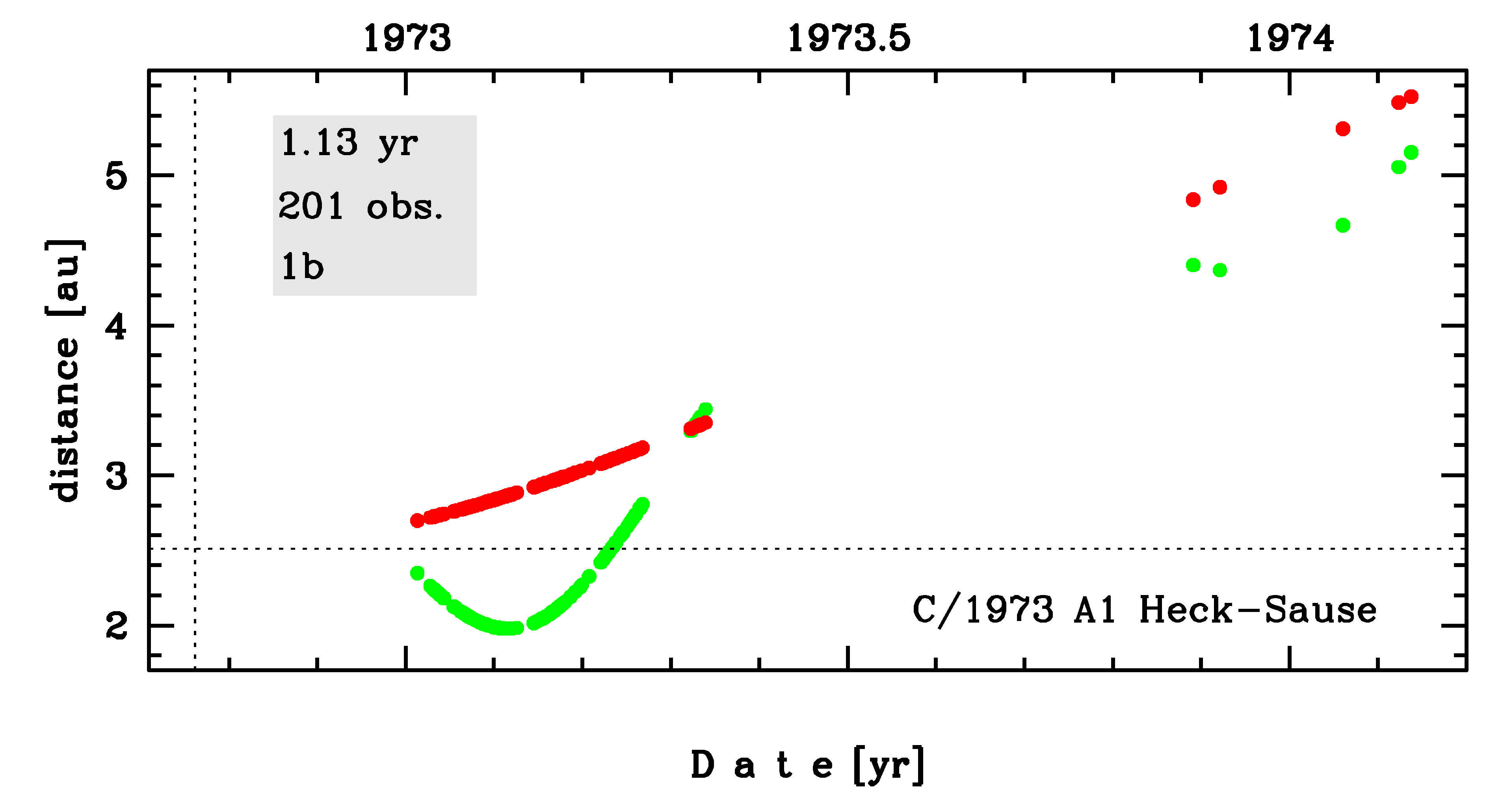