C/1952 W1 Mrkos
more info
Comet C/1952 W1 was discovered on 28 November 1952 by Antonin Mrkos (Skalnaté Pleso Observatory, Slovakia), that is almost 2 months before its perihelion passage. It was observed until 5 September 1953 [Kronk, Cometography: Volume 4].
Comet had its closest approach to the Earth on 10 January 1953 (0.922 au), two weeks before its perihelion passage.
Original value of 1/a is negative; however, within its uncertainty of 1 sigma this comet could come from the Oort Cloud.
This comet suffers small planetary perturbations during its passage through the planetary system; these perturbations can lead to escape the comet from the planetary zone on a hyperbolic orbit (see future barycentric orbits).
See also 2011 and Królikowska 2014. 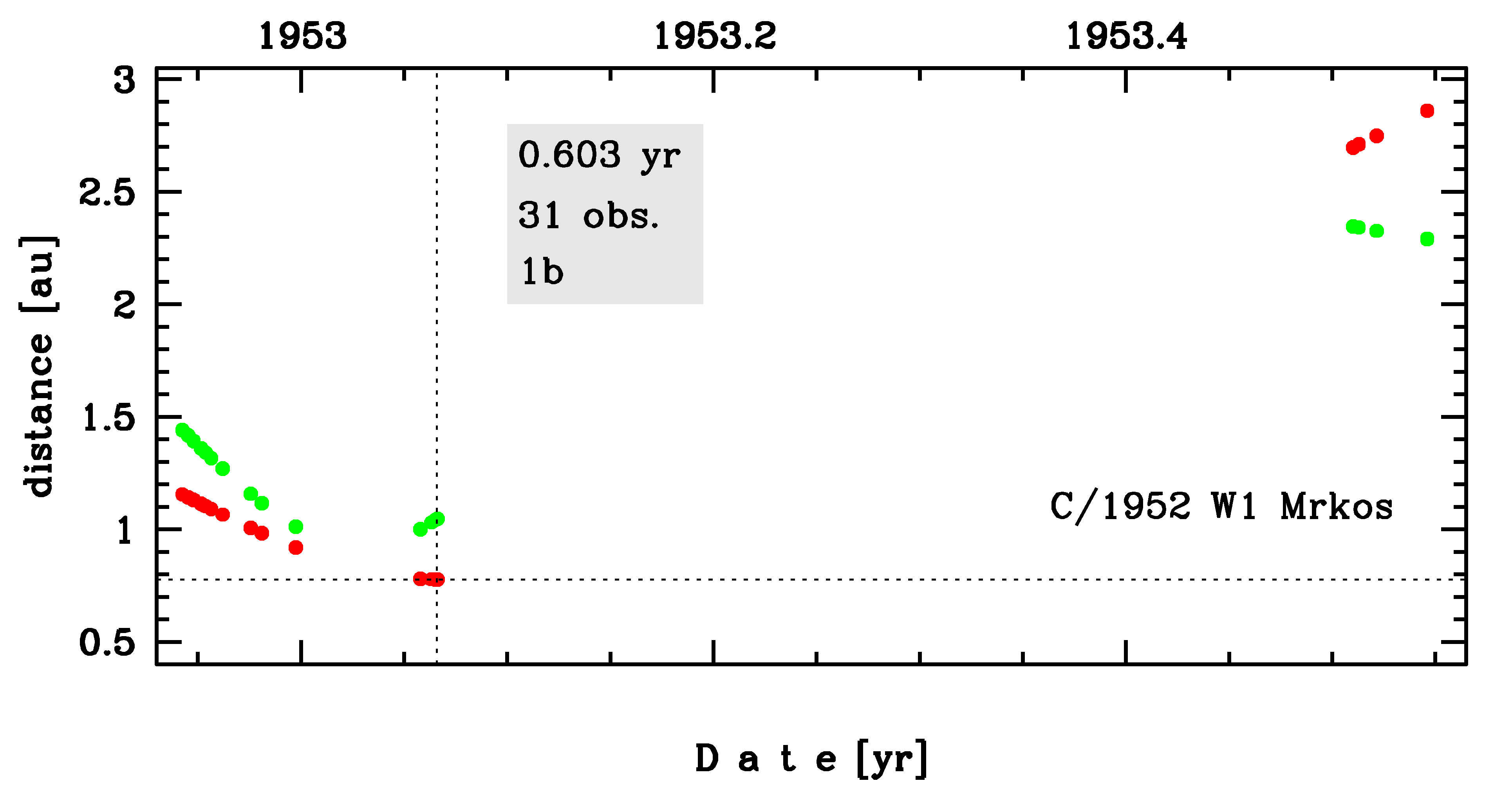