C/1925 W1 Van Biesbroeck
more info
Comet C/1925 W1 was discovered on 17 November 1925 by George Van Biesbroeck (Yerkes Observatory, Wisconsin, USA), that is 1.5 month after perihelion passage, and the comet was last seen on 10 June 1926 [Kronk, Cometography: Volume 3].
This comet made its closest approach to the Earth on 29 January 1926 (1.351 au), that is 2.3 months after its discovery.
Solution given here is based on data spanning over 0.562 yr in a range of heliocentric distances from 1.69 au to 3.48 au.
This Oort spike comet suffers moderate planetary perturbations during its passage through the planetary system that lead to escape the comet from the planetary zone on a hyperbolic orbit (see future barycentric orbit given here).
This comet was in the original sample of 19 comets used by Oort for his hypothesis on LPCs, and according to presented here statistics for previous perihelion passage this comet most probably is dynamically new.
More details in Królikowska et al. 2014. 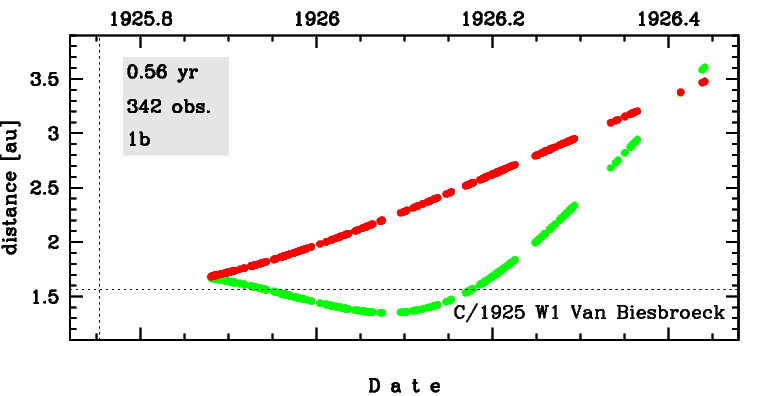 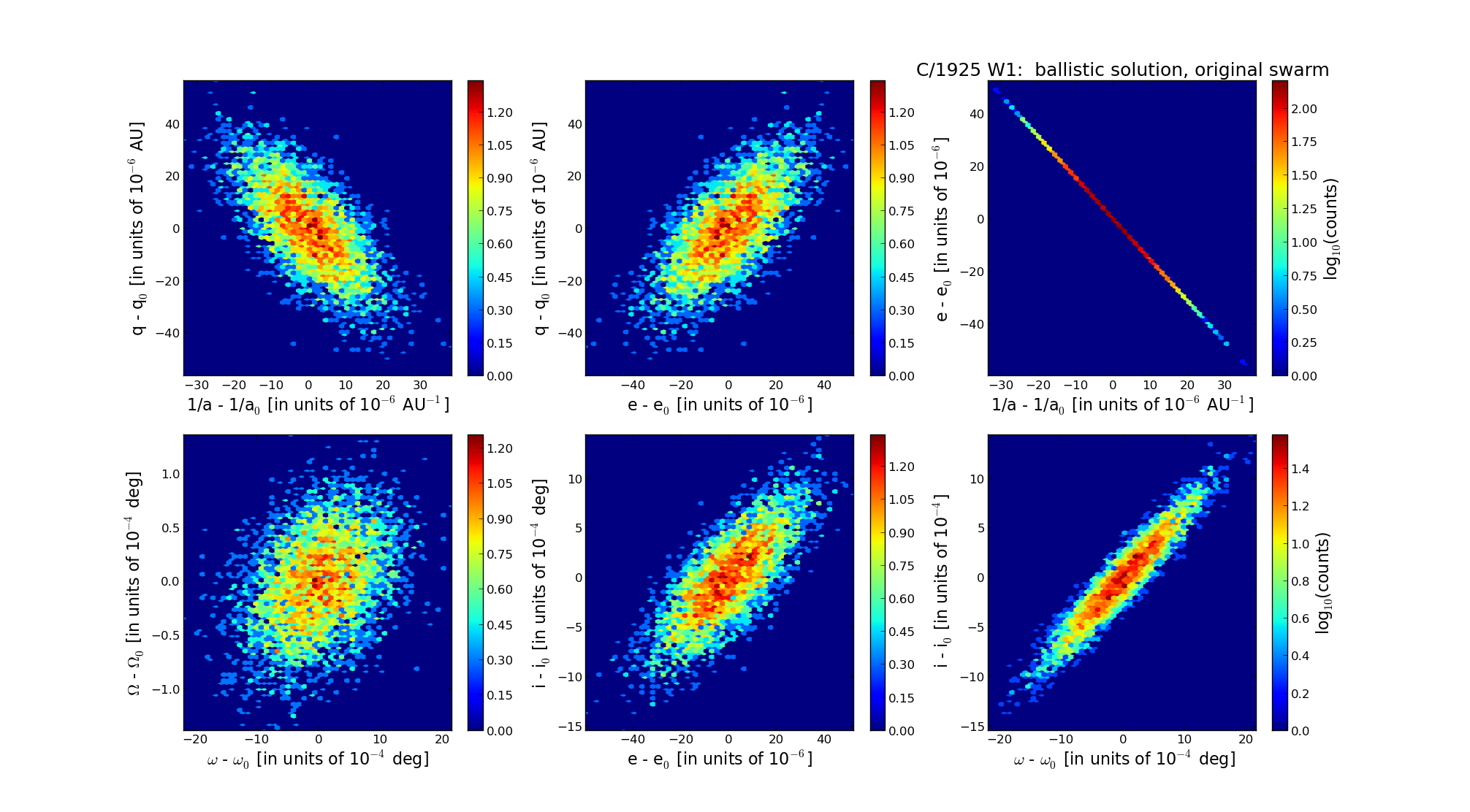